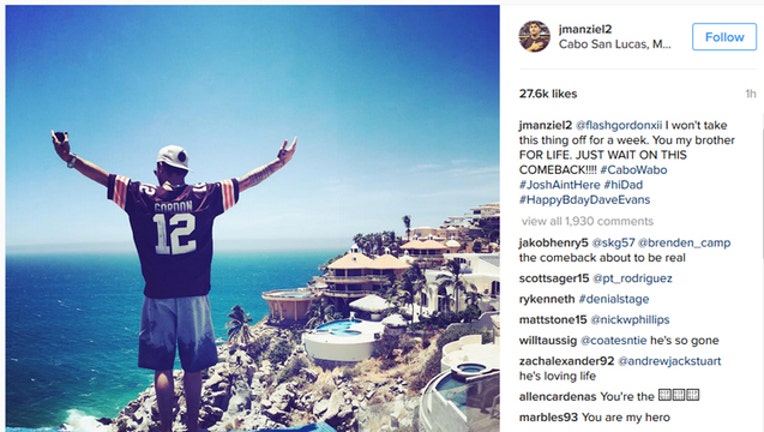 Manziel posted an Instagram photo on Tuesday of him in Cabo San Lucas. In the caption, he appears to take a subtle shot at his dad, Paul, who recently said that his son is a “druggie” that “hopefully doesn’t die before he comes to his senses.”

Notice the #hiDad at the end of the photo’s caption.

Manziel is also wearing a jersey of the team that cut him in March. It’s a Josh Gordon Cleveland Browns jersey. Gordon is his former Browns teammate who is suspended indefinitely by the NFL after failing another drug test in April.

Manziel’s lawyer quit on Monday, a few days after the attorney accidentally texted an Associated Press reporter that he was working on a plea deal in the quarterback’s Dallas domestic violence case. One of his concerns was Manziel’s ability to pass a drug test.

“Heaven help us if one of the conditions is to pee in a bottle,” the lawyer sent in the text.