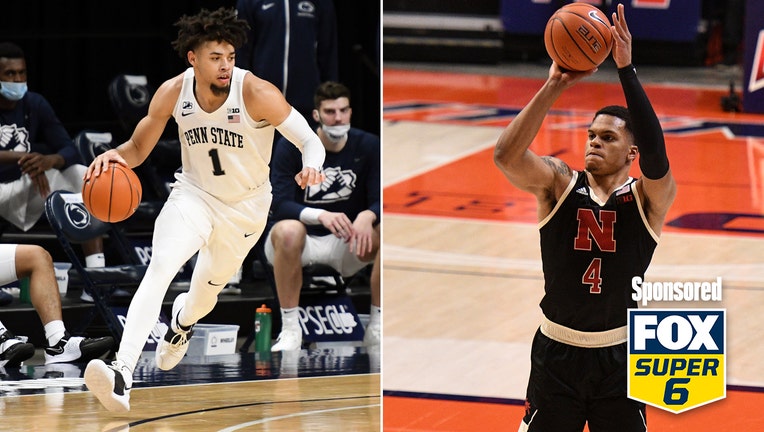 The first round of the Big Ten Conference Tournament is here, as teams face off to keep the dream alive.

The Nebraska Cornhuskers and Penn State Nittany Lions meet for the third time this season, but now, with much more at stake.

After splitting the series in the regular season, the winner will have the chance to continue on the journey toward a Big Ten title and potentially a run into the NCAA Tournament. But first, the teams must focus on keeping their uniforms from being packed away for the season when they hit the court on Wednesday night at Lucas Oil Stadium in Indianapolis at 9 p.m. ET on BTN.

The game features six questions you have to answer — from how many double-digit scorers there will be on either side to which player will rack up the most points — for a chance to win $1,000 absolutely for free. All you have to do is download the FOX Super 6 app and play this weekend, with three separate chances at a big win for yourself (yes, for free).

Here's what you need to know, as well as a few pointers along the way to fill out the contest and earn the jackpot.

How many Nebraska players will score in double figures?

Unfortunately, Allen left the program on March 1 to "prepare for the next chapter of my basketball journey." Someone to keep an eye on is Dalano Banton, as he's just shy at 9.7 points a game for the season.

How many Penn State players will score in double figures?

Will the total number of points scored in the game be over or under 121 points?

Options: Over, under or exactly 121

The two meetings earlier this season both reached the over with the first game on Feb. 14 at Happy Valley totaling 123 points (62-61 Nebraska) and the second one turning into an offensive slugfest at 169 points (86-83 Penn State).

How many points will the top scorer for Nebraska have in the game?

Allen poured in 41 points for the Huskers in the last game between the two. In the first game, he was the leading scorer with 14. In his absence, the scoring should be on the lower side of the spectrum.

How many points will the top scorer for Penn State have in the game?

Jones is likely to be the top scorer for the Nittany Lions, and he is coming off a great game the last time the two teams met, scoring 29 points largely in part to 6-of-12 shooting from the 3-point range. But watch out for Nebraska head coach Fred Hoiberg try to limit Jones’ touches beyond the arc.

Pick the team to win and by how many points?

Both games between the two have been extremely tight during the regular season, so it wouldn’t be a surprise if this one looks similar. Penn State, however, appears to have more firepower, especially with Allen out of the mix.

Play the FOX Super 6 College Basketball game for your chance to win $1,000 absolutely for free! Just download the Super 6 app to get started.