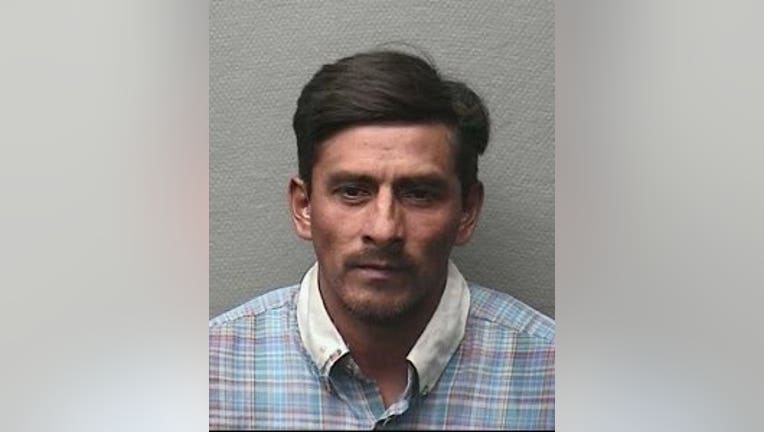 HARRIS COUNTY, Texas - The Harris County Sheriff’s Office is investigating a shooting that wounded a woman in northwest Harris County.

The shooting was reported in the 3600 block of Oakhall Drive in near north Houston on Friday morning around 9 a.m. Deputies found a 42-year-old Hispanic woman with a gunshot wound in the head.

According to reports, the woman's husband, Moises Huerta, 49, followed her and their 11-year-old daughter to the bus stop. An altercation occurred between the separated spouses and Huerta pulled out a gun and shot the woman.

The woman was taken to the hospital where she is currently in critical condition.

SUGGESTED: VIDEO: Fan runs on field, hugs Astros' Jose Altuve: 'We were about to take a selfie'

Officials say Huerta ran to his home nearby and shot a witness who was following him. Officials say the witness was not injured. He then sped away in a red 2004 Ford F150.

Sheriff Ed Gonzalez later tweeted they found the truck in the 12700 blk of Silver Memorial Road around 6:30 p.m. A deceased male was reported to be inside with what appeared to be a self-inflicted gunshot wound.

Investigators say the man appeared to be Huerta, and they are headed to the scene.