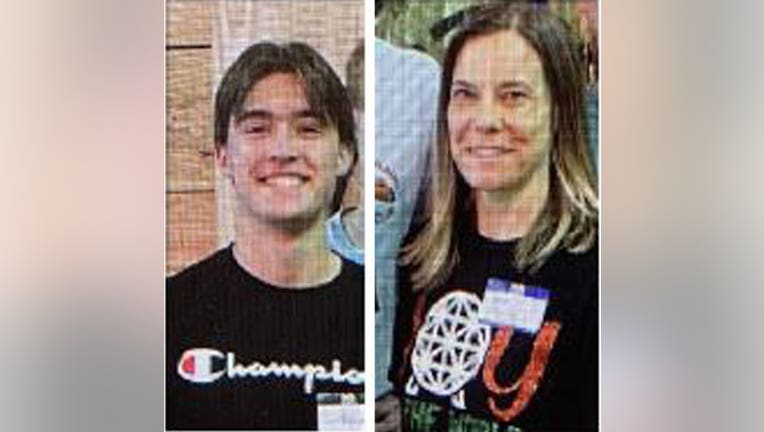 An Humble teenager has now been charged in the death of his mother, who authorities say was found dead in the trunk of the car the teen was driving as he led police on a chase in Nebraska.

Tyler Roenz, 17, has been charged with murder and tampering with evidence in the death and disappearance of his mother Michelle Roenz, 49, officials say.

The mother and son were initially reported missing on October 13 from their home in the 1400 block of Birch Arbor Court.

According to the Harris County Sheriff’s Office, the teen’s father called to report that he was unable to contact his son or wife on their phones and their car was also missing from the home.

Court documents reveal that authorities found blood and apparent human teeth in the garage of the family's home.

FOX 26 Reporter Matthew Seedorff explains what happened inside a Humble home that led to a clear alert, then a mother found dead inside a trunk of a vehicle that her son was driving in Nebraska.

A CLEAR Alert, which is for missing adults believed to be in danger, was issued for the mother and son.

The sheriff’s office says they received information that the vehicle may be in Nebraska, so they alerted the state police there.

Authorities say the Nebraska State Police located the vehicle on October 14 near Grand Island and tried to conduct a traffic stop, but the driver fled and then crashed during a pursuit.

According to HCSO, authorities then discovered that Tyler was driving the vehicle, and they found his mother’s body in the trunk.

Tyler was taken to the hospital. His injuries were said to not be life-threatening.

According to the sheriff’s office, reports indicate that Michelle Roenz died as a result of strangulation and blunt force trauma.

Tyler remains in the custody of Nebraska State Police, pending extradition back to Harris County.