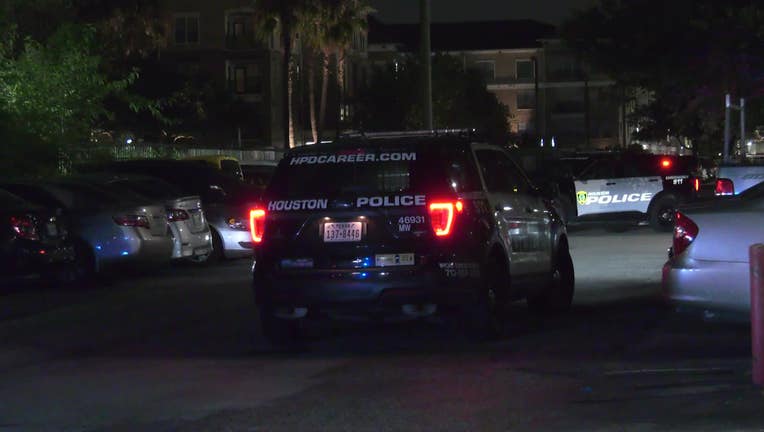 The Houston Police Department investigates a shooting on Voss.

HOUSTON - A woman was taken to the hospital in critical condition after she was shot multiple times in an SUV in west Houston.

The shooting was reported around 9:51 p.m. Tuesday in a parking lot in the 2400 block of S Voss Road.

Police are still investigating what led up to the shooting but say it appears the shots were fired through an open door of the vehicle.

Authorities say the woman was sitting in the driver’s seat when she was shot. She was taken to the hospital by ambulance.

According to HPD, some items were taken during the incident, so the Robbery Division is investigating.

Police said several people were detained at the scene. The investigation is ongoing.