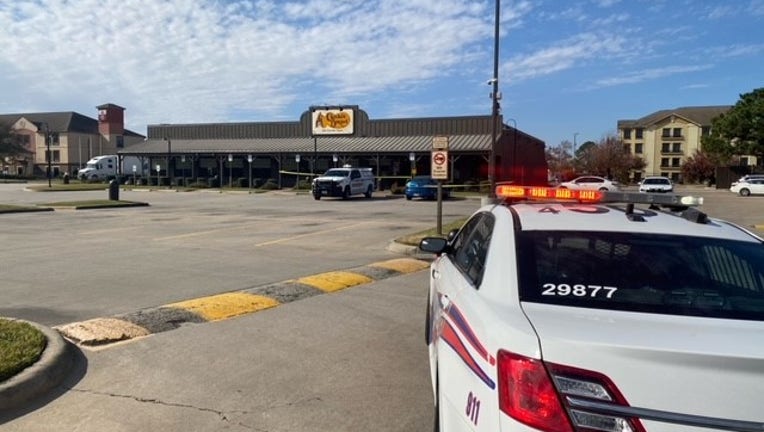 HOUSTON - Officials say a manager of a north Harris County Cracker Barrel was shot and killed Saturday morning after an unidentified suspect tried to steal her purse.

Details are limited as it's an active investigation, but it happened in the 14000 block of North Freeway near I-45. That's where deputies with Harris County Constable Pct. 4 say the manager was arriving for her shift, when an unidentified man in a Dodge Challenger pulled up and got out of the passenger side, asking if the restaurant was open.

Shortly afterward, the robber tried forcing his way into the restaurant and grabbing the unidentified manager's purse, and shot her in the chest. Arriving officers rushed her to the hospital for surgery where she later succumbed to her injuries.

The shooter, meanwhile, reportedly took off before officers arrived, so authorities are asking for your help if you have any information that can help lead to an arrest to call the Harris County Homicide Unit at 713-274-9100 or Crime Stoppers at 713-222-TIPS