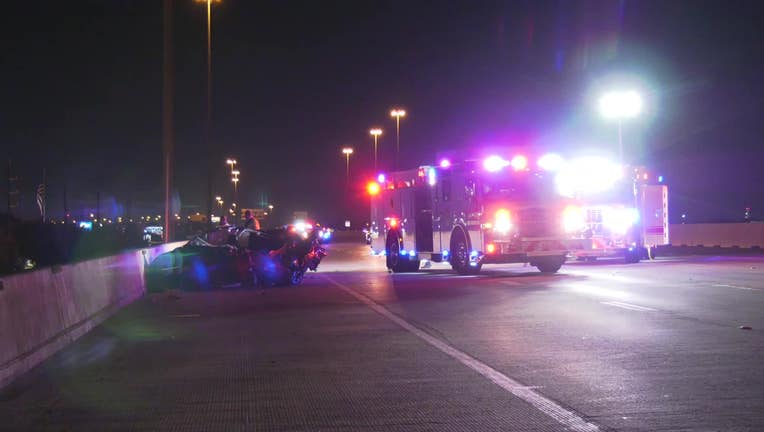 Authorities respond to a deadly crash on US 290 near N Eldridge Parkway.

Authorities say a woman died after she crashed into the back of an 18-wheeler on a highway in northwest Harris County.

According to the sheriff’s office, the woman was driving a black Lexus behind an 18-wheeler when she crashed into the trailer.

She was transported to the hospital by Life Flight and pronounced dead by a doctor.  Her identity has not been released.

The case remains open and under investigation by the Harris County Sheriff’s Office Vehicular Crimes Division.