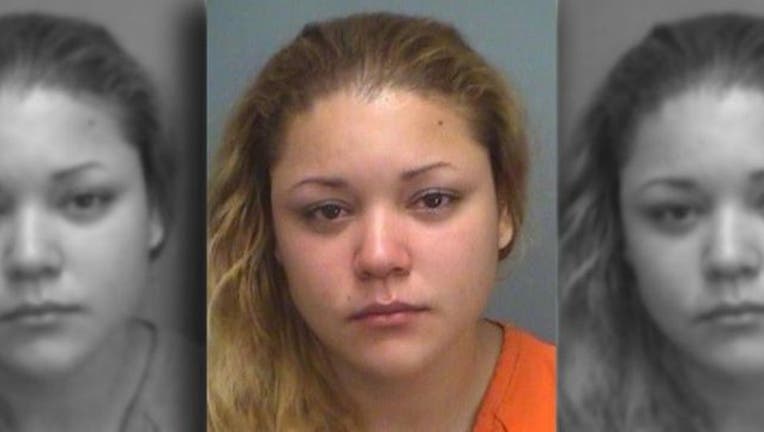 Giselle Taylor, 27, was arrested Friday and charged with aggravated cruelty to animals after police say she fatally shot her fiancé's dog during an argument. (Tarpon Springs Police Department)

FOX NEWS - A Florida woman has been charged with aggravated cruelty to animals after police say she fatally shot her fiancé’s dog after getting into an argument with him.

Giselle Taylor, 27, was fighting with her fiancé on Friday because he wouldn’t crack her back, WFLA reported.

Tarpon Springs Police reportedly said Taylor took a loaded pistol from their garage and walked inside with it to scare the man.

Apparently not receiving the response from him that she wanted, police said Taylor pointed her gun at her fiancé’s two-year-old Boxer and fired the gun, hitting the dog in the upper left torso.

The dog later died from its wounds.

Taylor drove away from their house but was stopped soon after the shooting, according to WTSP.

Pinellas County Sheriff’s Office records show Taylor was booked into the county jail early Friday and released on a $5,000 bond.