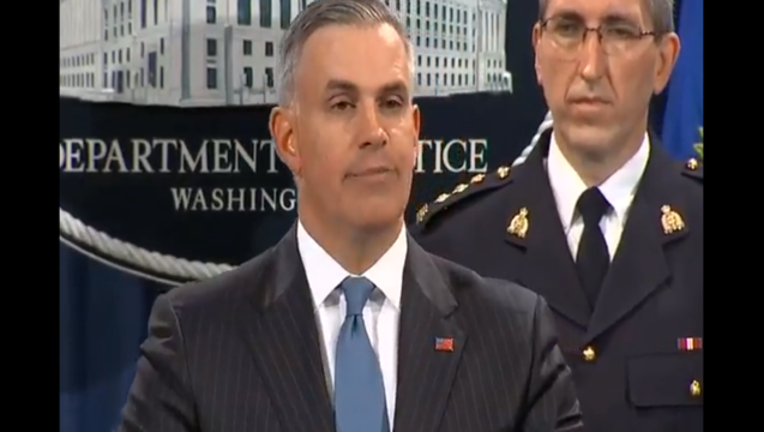 An indictment announced in Washington on Thursday says Russia's military intelligence agency, known as the GRU, targeted the hacking victims because they had publicly supported a ban on Russian athletes in international sports competitions and because they had condemned Russia's state-sponsored athlete doping program.

Prosecutors say the Russians also targeted a Pennsylvania-based nuclear energy company and an international organization that was investigating chemical weapons in Syria and the poisoning of a former GRU officer.

The indictment says the hacking was often conducted remotely. If that wasn't successful, the hackers would conduct "on-site" or "close access" hacking operations with trained GRU members traveling with sophisticated equipment to target their victims through Wi-Fi networks