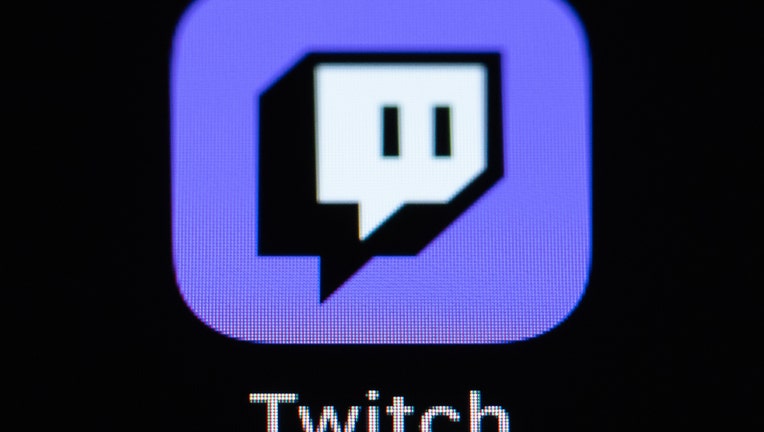 08 March 2022, Baden-Wuerttemberg, Rottweil: The application app Twitch can be seen on the display of an iPhone SE. Photo: Silas Stein/dpa (Photo by Silas Stein/picture alliance via Getty Images)

HOUSTON - Twitch and OnlyFans star Amouranth revealed during her Twitch stream over the weekend she's married and accused her husband of emotional abuse.

Amouranth, whose real name is Kaitlyn Siragusa, is a famous ASMR Twitch streamer and social media influencer originally from Houston. On a stream from Sunday, Siragusa revealed to her fans that she has been enduring emotional abuse from her husband.

In the now-deleted stream, Siragusa was seen on the phone with a man who can be heard yelling at her and calling her obscenities.

How to tell if you're in an emotionally abusive relationship

EDITORS NOTE: This video is from a previous story. When someone you love who is normally warm and encouraging becomes cold or harsh, it hurts your feelings and makes you pause and reassess the situation. You may feel overwhelmed with confusion and question whether you really know this person at all.

Siragusa can be seen crying and the person on the phone can be heard yelling, "If you learn or interrupt my part, I’m gonna kill your dogs."

He later says on the phone to her that he only said that to "prove a point" and states that when she hears something triggering her emotionally, she won't remember anything else except that.

"It’s okay to be emotionally frail, it would be even better if you just accept it and admitted it instead of being so defensive about it," he tells Siragusa. "But what is not okay is to be so emotionally frail and blame it on the person whose not."

RESOURCES: Are you dating an emotional abuser or is it normal conflict?

The conversation goes on for a minute with the man on the phone continuously yelling and Siragusa giving tearful responses.

She later says he keeps her there with fear and threats because he has two-factor authentication of her accounts and bank accounts that are connected to his number. She shows the camera alleged text messages of him threatening to give away money, allegedly from her account, if she doesn't do what he asks.

Resources for victims of domestic violence

EDITORS NOTE: This video is from a previous story. How can you help someone experiencing domestic violence? Houston Area Women's Center Deputy CEO explains.

The couple apparently went to therapy in 2020 and the therapist told the couple his actions are a form of psychological abuse and that Amouranth is "living in a fancy prison." She says he changed after that for a short while, until he returned to his original ways.

She says his threatening to kill her dogs was her last straw. In the texts, one of the messages says, "If no call in 1 minute I will absolutely make sure Kyran goes to a [meatpacking] house," Kyran being one of Siragusa's dogs.

SUGGESTED STORY: Loved ones hope to save others after Houston woman killed in domestic violence murder

The stream abruptly ended with her talking to someone off-camera. Fans online have expressed concern for Siragusa's safety following the phone call.

If you need help coming up with a safety plan to leave an abusive relationship contact the Domestic Violence Hotline at (713) 528-2121. You can also reach out to the Houston Police Department (DART) Domestic Abuse Response Team at (713) 308-0080 for help and an array of services.