Residents in Atascocita are the latest to receive racist fliers but one couple was determined to keep their neighbors from waking up to such hate. FOX 26's Damali Keith has the story.

ATASCOSITA, Texas - Houston area residents are sharing their home surveillance videos with law enforcement to try to stop whoever is leaving racist fliers in entire neighborhoods.

Atascocita is the latest community to be targeted, where in two separate subdivisions, a hateful flier was enclosed in a plastic baggie and left in the driveway at hundreds of different homes.

At least one home surveillance camera caught a car driving around the Atascocita neighborhood and throwing hateful handouts at every home.

And Stacie Brady tells FOX 26 her family returned home early Sunday they were disgusted to find it.

"My youngest son got out of the car and picked up this Ziploc bag and in the Ziploc bag was a flier that had a picture of Adolf Hitler on it, and it said ‘We can do this again and the baggie had two rocks in it," she explained. 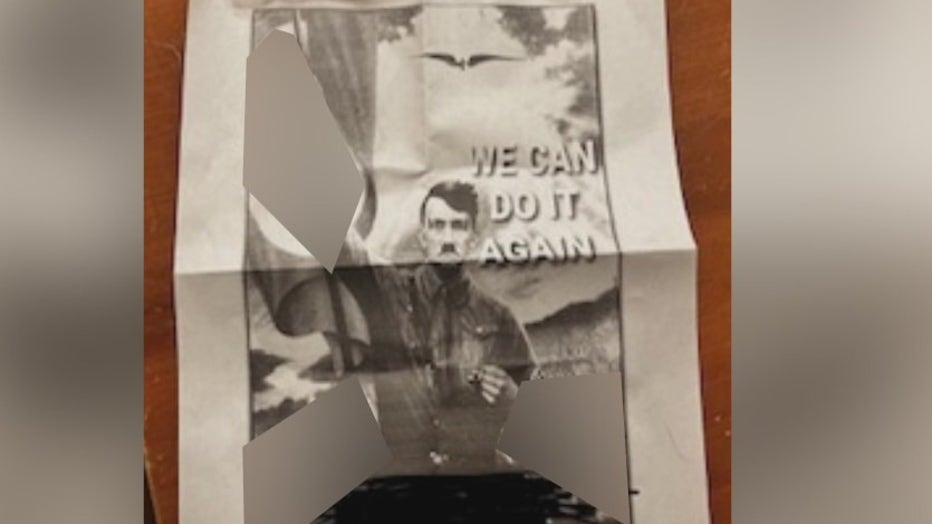 After Brady’s son collected all the racist fliers from their street, she and her husband picked up the hateful packages from the entire neighborhood, more than 400 in all, filling four big garbage bags.

"I mean I was sickened by it and I didn’t want anybody else to be shocked like I was," Brady said. "I mean that’s pretty bad. That’s pretty bad hate. I’ve never seen anything like it before."

William White with the Council on American-Islamic Relations of Houston. CAIR Houston got involved when a different racist flier was left on cars and at homes in two Copperfield area subdivisions.

"It’s vile. It’s putrid. It’s a cowardly act to litter someone’s neighborhood with this," White said. "Neighbors did get video door cam footage and security camera footage of three men wearing masks and baseball caps at 1 a.m. in the morning." 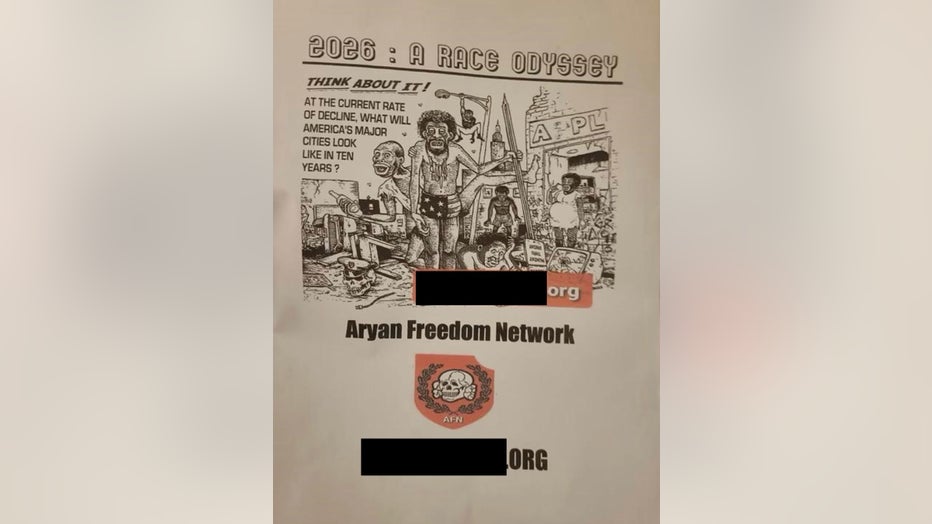 "The material has things ranging from white lives matter to gross and vile depictions of African Americans, immigrants, Latinos, and Jewish people," he continued.

"My husband told me 250,000 soldiers died preventing stuff like this back in World War II, and now we’re in 2020, and we’re still dealing with this," Brady adds.

However, these hateful fliers are not seen just in the Houston area, but across Texas.

"Neighborhoods in West San Antonio have received these and there were three neighborhoods in Central Austin," White said. "To our understanding, they are a relatively new group."

All of this information has been turned over to local law enforcement and the Houston FBI, which confirms it is aware of the incidents, and Precinct 4 Constable Mark Herman says his investigators are closely studying the surveillance videos.

Interestingly, residents in Atascocita say ironically the group that was trying so hard to spread hate is actually causing neighbors to show great love for one another because they're uniting and talking like they never have before.

"Imagine how long it took them to drive around," she continued. "So it was a waste of time to spread their hate that they didn’t even get a chance to spread in my neighborhood."

The FBI is encouraging anyone with tips regarding hate crimes to send them to tips.fbi.gov