ALVIN, Texas -
The Brazoria County Sheriff’s office is asking for the public’s help for information about a homicide, after a house party in Alvin erupted in gunfire. The shooting killed Enkoce Kyree Jackson, 23, and three other people were taken to a nearby hospital.

"Enkoce was really big on family, family is really important to us, we have a very large family, '' says Lashandrus Jackson, his mother. "He was a very loving father, he was that dad that combed their hair."

BACKGROUND: 1 dead, others injured during shooting at party in Brazoria County

Enkoce, known by his friends as "K.J." and "Koce," by family, and was the only child of Lashandrus Jackson, his mother.

"I am my mother’s only child, so it meant a lot to me and him to be surrounded by other family members," says Mrs. Jackson.

He was one of over 100 people attending a house party in Alvin last month that got out of control.

Neighbors say the house is known as the "party house" on the block and was being rented out at the time.

"Everyone needs to be held accountable for their actions in the murder of my nephew," says Karen Simmons, his aunt.

The family tells us, they learned of his death from a friend of his in Texas, and are demanding accountability.

"Somebody needs to be held accountable, everything that’s going on, went on in the mansion and after the incident," says Karen. "Before the incident and whoever owns that home."

Enkoce leaves behind four children as well, two boys and two girls. The oldest is 7 years old, the youngest is only seven months.

The Brazoria County Sheriff’s office is now asking for the public’s assistance, hoping the party flyer will jog people's memory. They are also seeking to speak with the party’s host, attendees, or anyone else that may. Be able to provide information. 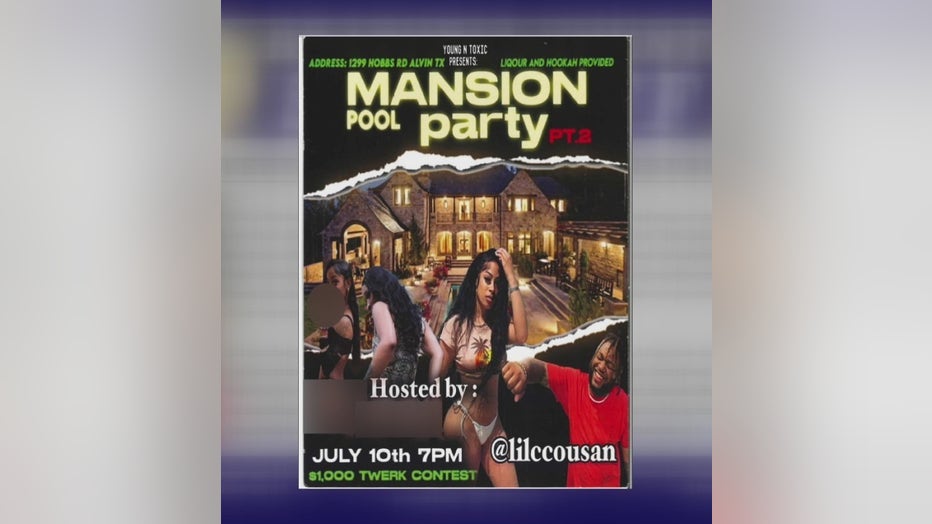