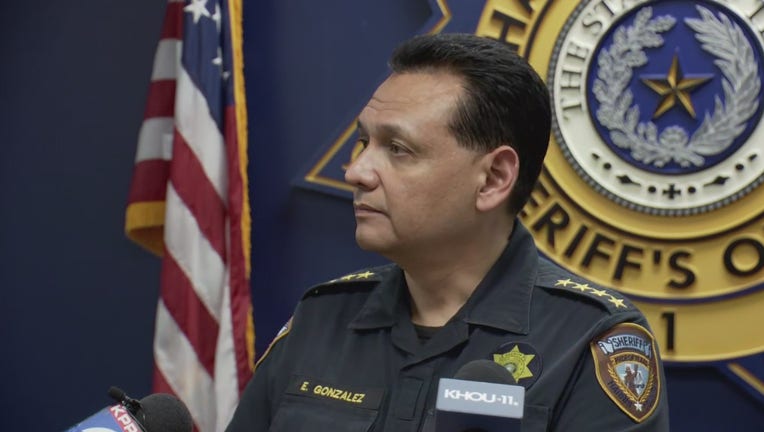 In April, President Joe Biden nominated Gonzalez to serve as director of the agency that has been without a Senate-confirmed leader since 2017.

The Senate Homeland Security and Governmental Affairs Committee held a hearing to examine the nomination on Thursday morning.

Gonzalez leads the largest sheriff’s office in Texas and the third-largest in the U.S. He was elected sheriff in 2016 and was elected for a second term in 2020.

If confirmed, Gonzalez will oversee an agency with more than 20,000 employees and an annual budget of $8 billion. It manages the world’s largest network of immigration jails and includes Homeland Security Investigations, which looks at a wide range of international crimes including money laundering, antiquity theft, child pornography and human smuggling.

Harris County Commissioner's Court would be tasked with appointing someone to serve as sheriff if Gonzalez becomes ICE Director.

"If we can appoint someone in the very near future then that person would have to be on a special ballot next year and, then, run for a full term the following year," explained Commissioner Adrian Garcia, Precinct 2. "Or depending on how much time is left, it simply becomes an appointment  by commissioners court until that person ends up on the ballot on the regular cycle."

The Associated Press contributed to this reported.