RICHMOND (FOX 26) - Emergencies due to the flooding include getting people out of harms way, but livestock in Fort Bend County is a huge concern, too.

The overflowing Brazos River nearly covers every square inch of the grazing land of T & M Cattle on Highway 90A. Some of the cattle found safer high ground, but some needed to be herded. Horses weren't enough so the ranchers used airboats.

"Nothing like this has ever happened," said owner, Tom Dompier, who says he didn't even need to do this during the 1994 flood. "It was a learning experience."

Dompier said there was nowhere for the cattle to eat, they couldn't be penned to load them in a trailer, so they had to be run to his dry grazing land across the highway.

The Fort Bend County Sheriff's department was there to assist.

"Obviously, Highway 90 is a very heavily traveled road," said Sheriff Troy Nehls. "You have railroad, so we have to make sure we coordinate it with the railroad."

The plan was to get 200 head of cattle across a cattle guard, but they just wouldn't budge.

"Those cattle didn't want to cross that cattle guard even with the plywood across it," Nehls said.  "They're trained not to cross it, so we had to use an alternative route."

That route meant busting down a fence, and herding them through.  Despite being spooked by vehicles and helicopters, they finally made it safely across.

"We have some good green pastures over there," Dompier said very relieved.  "There they are high and dry, and they can rest, and have something to eat."

And the support of the sheriff's department was very much appreciated.

"Unbelievable. Unbelievable," Dompier said.  "They've been super supportive. Every single one of them."

"There's a lot of livestock everywhere in this county and unincorporated areas so we are doing everything we can," Nehls said. "But if there are ranchers that are needing assistance they can call our Office of Emergency Management and we will do everything we can to help them."

Dompier has more cattle needing rescue. He estimates there are still 150 that will have to be rounded up and moved by Saturday. 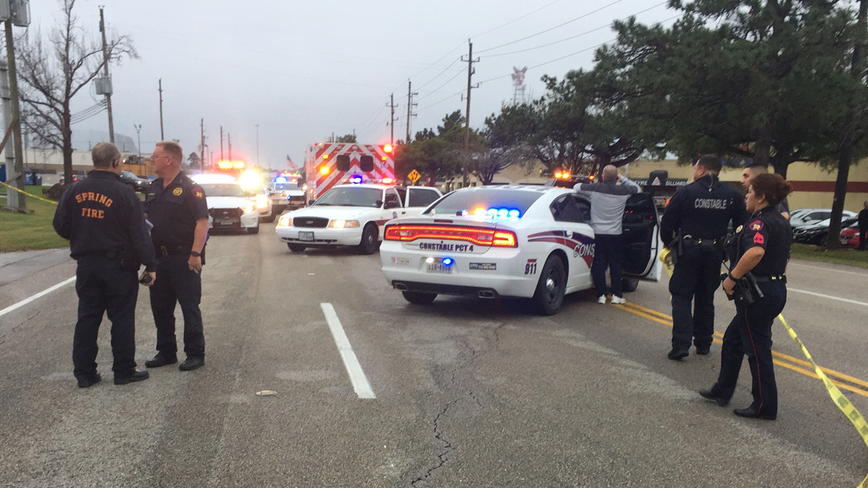