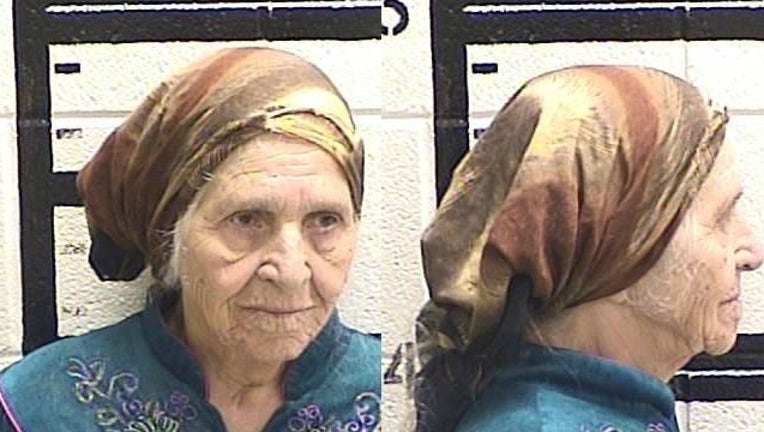 MURRAY COUNTY, Ga. - Police in north Georgia said they were forced to use a stun gun on an elderly woman who was holding a steak knife.

It happened on Monday on West Chestnut Street at the Boys and Girls Club in Chatsworth.

Chatsworth Police officers were called to the facility after reports of an elderly Hispanic woman, identified as Martha Albishara, on the property with a knife.

Responding officers located the woman outside of the Boys and Girls Club at the back of the facility. She was standing next to three boys, carrying a white plastic bag in her left hand and a steak knife in her right hand, according to the police report.

After telling the children to stand back, the officers slowly approached the elderly trespasser. According to the police report, the woman was told multiple times to put her knife down, but she ignored the commands. Police described her demeanor as "calm."

The woman eventually approached the officers, with the knife still in hand, and that's when one of the officers said he was forced to use his Taser.

Albishara was placed in handcuffs, and not long after, her daughter-in-law showed up at the scene.

The daughter told police her mother-in-law wanders the area looking for dandelions and collects them with a knife. She also said Albishara doesn't speak English and has dementia.

The daughter-in-law said Albishara has been told several times by the Boys and Girls Club to not be on the property.

Albishara was arrested for obstruction of an officer and criminal trespass.