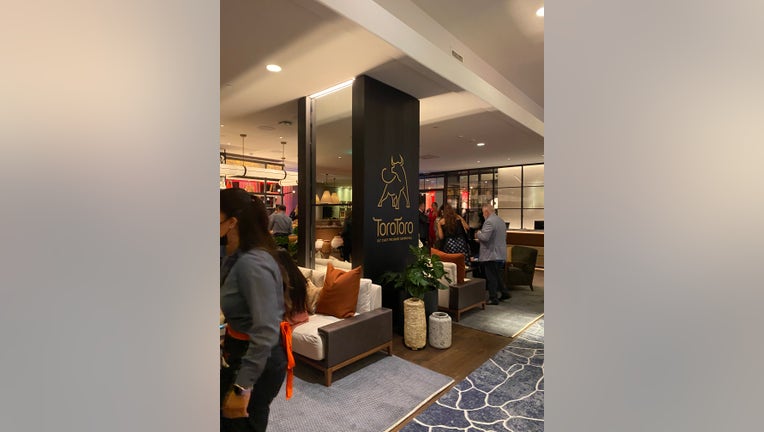 HOUSTON - If you're ever in the downtown Houston area and are looking for a romantic night out on the town and an enticing dining experience, you may be surprised to find it on the third floor of a hotel.

It's not just any hotel, and this is not just any restaurant. Renowned celebrity Chef Richard Sandoval brought his award-winning global Pan-Latin Steakhouse, Toro Toro, to the Four Seasons Hotel Houston, located on Lamar St.

The restaurant is a hidden gem, in a sense, as it's located on the third floor. However, as guests ascend the stairs, residents are greeted by ambient lighting and an open-concept dining area with a bar.

This past Tuesday, the restaurant hosted about 250 invited guests to its Grand Opening Reception. The night started with a red-carpet laid out for attendees, followed by Toro Toro’s signature Mercado Margarita from a brass bar cart or hand passed sparkling rosé. 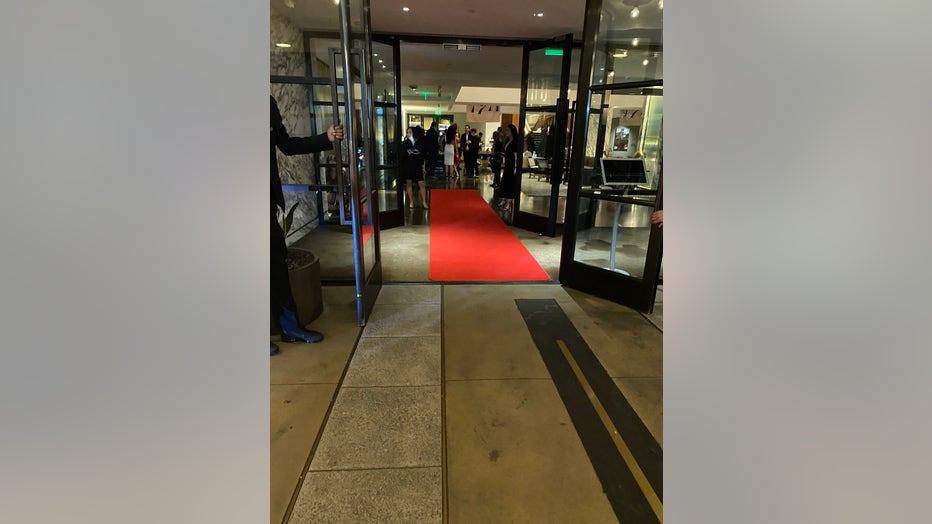 All the while, beautiful music was played by electric violinist Marion Dubose. And among these guests was FOX 26's very own Jonathan Martin. 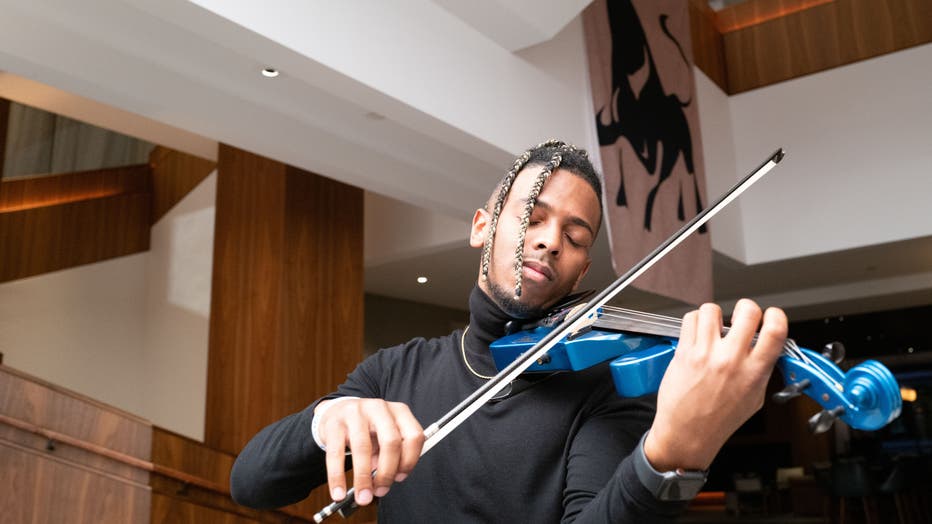 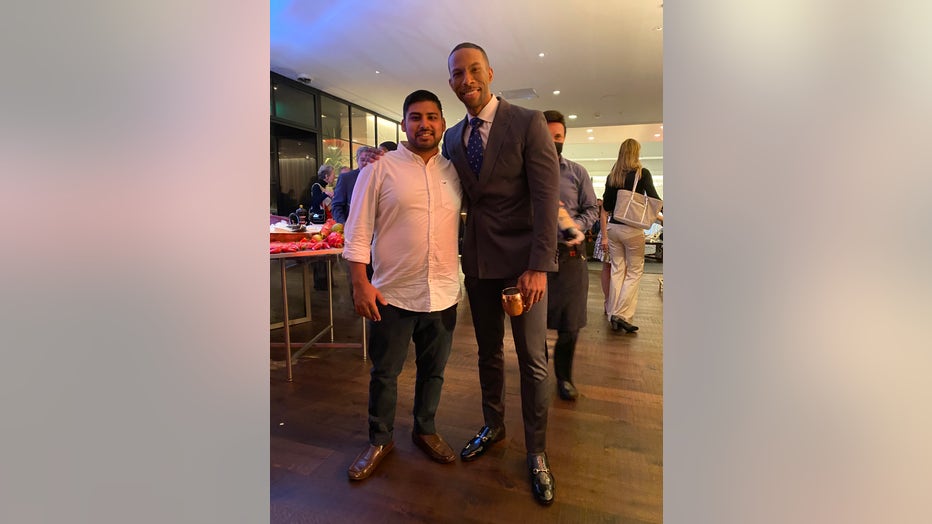 The glow from the fireplace certainly gave guests a warm welcome (pun intended) as the exotic drinks help make a person feel at home. And behind the drinks, lies a Suviche (Sushi + Ceviche) Bar, where one can watch in awe at chefs as they prepare an assortment of the restaurant’s signature sushi rolls and sampled mini-versions of the Sweet Corn Empanadas. 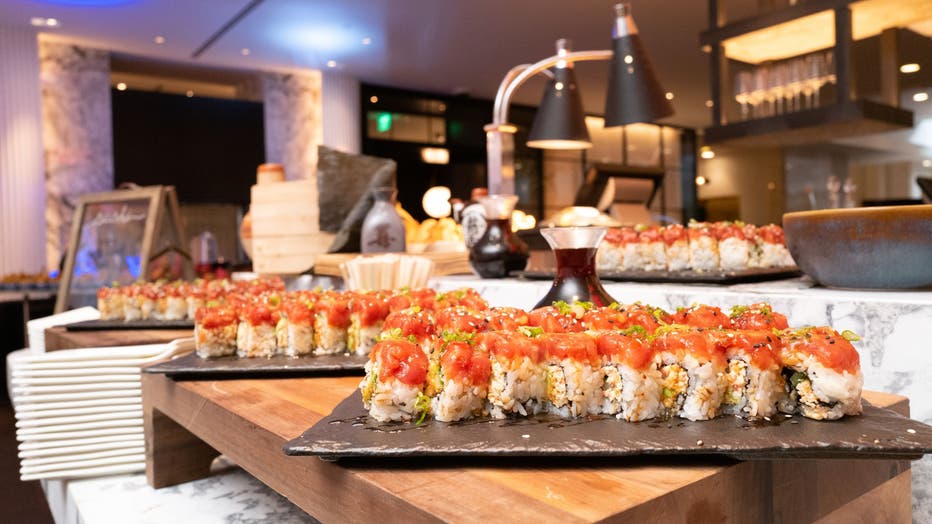 It was certainly a night to remember with a live band and D.J.'s playing electric music, and a revolving 360-photo booth. 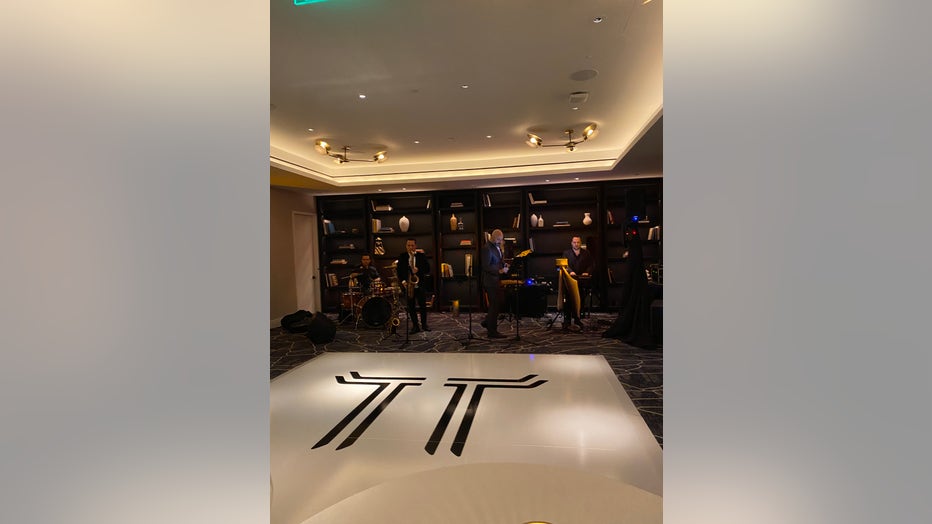 Perhaps most unforgettable, however, was the food. Everything on the menu was delectable and presented in a captivating fashion, where more than 75 tomahawk steaks, weighing  52-oz were flambéed live by chefs with mezcal and rosemary and consumed in front of an excited, and hungry, crowd. Also, featured were minI-versions of the Sweet Corn Empanadas, along with an immaculate taco bar that served lamb, antelope, chicken, and beef anticucho selections. 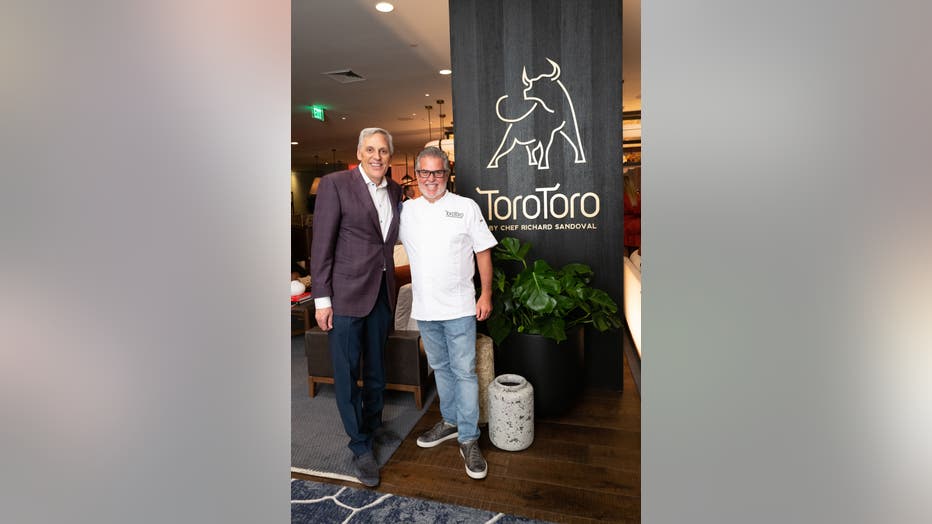 According to Mr. Segesta, the Four Seasons Hotel Houston has undergone a multi-year renovation that has dramatically transformed the hotel into Houston’s downtown destination. And considering the incredible dining experience at Toro Toro, it is no wonder why.