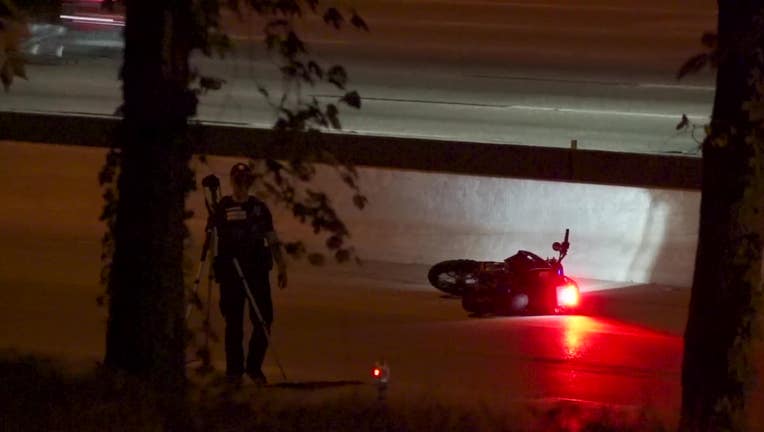 Houston police investigate a deadly crash on I-10 near Taylor Street.

CYPRESS, Texas - Houston police say a motorcyclist died after he was hit by an 18-wheeler Thursday night.

The crash occurred around 10:30 p.m. in the eastbound lanes of I-10 near Taylor Street.

According to HPD, it appears that an 18-wheeler hit the motorcyclist from the side and knocked the motorcycle over.

Police say it is possible the 18-wheeler driver, who did not stop, may not have known he hit someone.

Another car ran over the motorcycle after the crash, but not the rider, police say.

Police are searching for the driver of the 18-wheeler.