Where is Nadia? 2-year-old daughter of murder suspect remains missing

FOX 26 Reporter Sherman Desselle has the latest on the search for Nadia.

PASADENA, Texas - Authorities in Houston are searching for the 2-year-old daughter of a man who is charged with the murder of his common-law wife.

The Houston Police Department and Texas EquuSearch are looking for Nadia Lee, who was reported to have last been seen around 8 p.m. October 16 in the 300 block of South Richey Street in Pasadena. 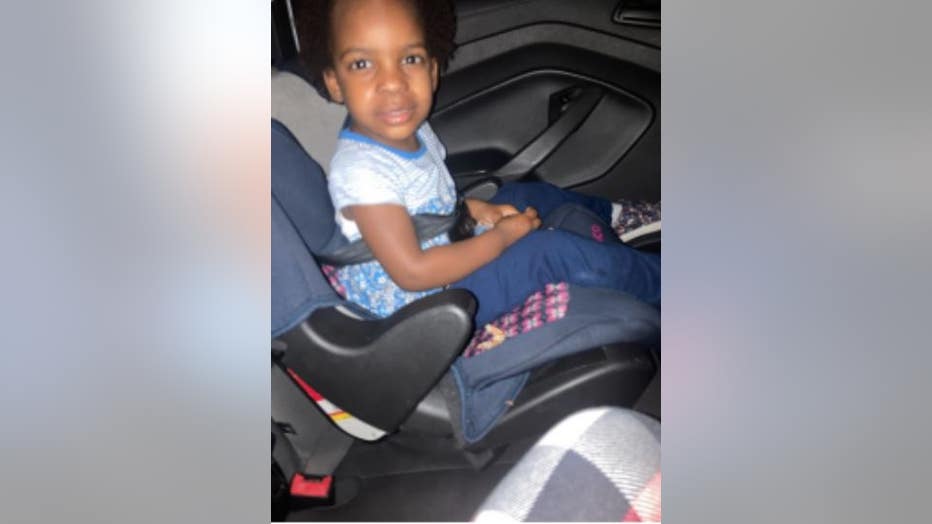 Houston police say Nadia Lee is missing and was last seen in the 300 block of Richey in Pasadena. (Photo: Houston Police Department)

Police say Nadia was in her father's care at the time of her disappearance, and he lived at an apartment complex in that area.

It is not known for sure what she was last wearing, but she may have had on a white, short-sleeve t-shirt. She has brown eyes and black hair and is said to be about the average height and weight of a 2-year-old child.

Police say Nadia Lee is the daughter of Jyron Charles Lee, 26, who was charged in the death of his common-law wife on Tuesday night.

Houston police and Texas EquuSearch provide an update on a search for missing 2-year-old Nadia Lee. Police say she is the daughter of a man who was charged with murdering his common-law wife earlier this week.

The 22-year-old woman was found unresponsive in a hotel room in the 500 block of Bay Area Blvd.

According to police, she had called 911 earlier in the evening and said there was a dispute over child custody with her common-law husband.

Officers responded to the scene. HPD said officers settled the situation and everyone was fine when they left.

FOX 26 Reporter Gabby Hart has the latest on the search for the missing 2-year-old girl.

Around 10:30 p.m., authorities say they got another call from the man. Police say he reported that the woman was trying to discipline one of the children, and he thought she was choking the child. According to HPD, he told officers that he then put the woman in a chokehold to stop her, but she went unconscious.

The woman was pronounced dead at the hospital. Authorities said she had signs of trauma to her neck.

Jyron Lee was detained at the scene, and further investigation led to him being charged with murder in the woman's death. His bond was set at $250,000.

Police said two girls, ages 1 and 3, were also in the hotel room but were not injured.

However, police say they later learned that another child, Nadia, was unaccounted for. When they were unable to locate her, the Missing Persons Division took the case.