FOX 26 Reporter Natalie Hee has the latest on the case as the accused mother didn't appear in court on Monday.

HOUSTON - A woman has confessed to killing her 5-year-old daughter at Spring Creek Park in Tomball. Melissa Towne, 37, is behind bars, charged with capital murder.

The gruesome details of the case were revealed in court Monday.

"The defendant stated she wanted to end the complainant's life, because was an evil child and did not want to deal with her anymore," prosecutors said. 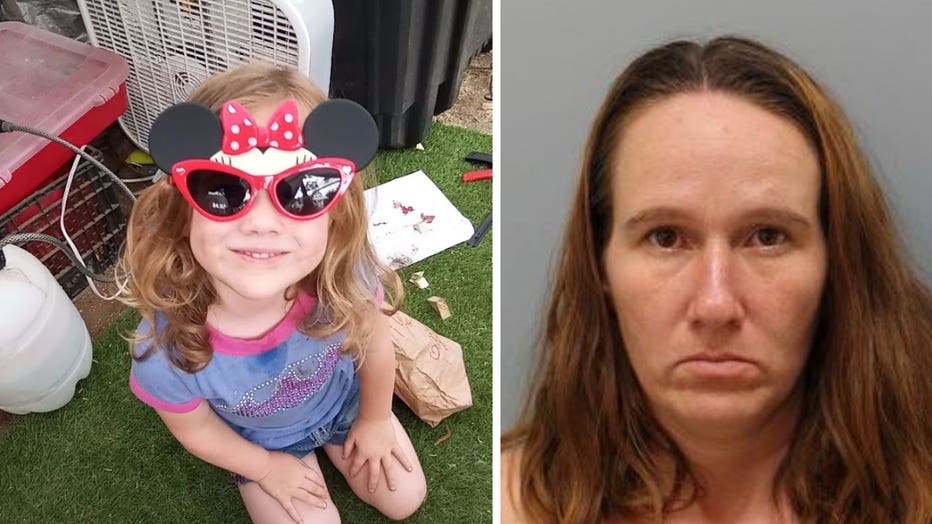 Towne apparently admitted to police that she sliced her daughter's throat with a knife, put a trash bag over her head, then strangled and suffocated her for nearly 45 minutes.

Authorities say she then put her 5-year-old in a mesh laundry bag and took her to the hospital where she apparently wanted to dispose the body.

"The defendant stated that the complainant yelled 'I’ve been good!' and the defendant told her to stop fighting it," prosecutors said.

Investigators said officers observed the girl had a cut to her neck and bruising around her neck, eyes, and mouth.

"We’ve always known her to have some mental problems. I’ve called the cops on her several times," said Alan Pfarr.

"She would have arguments with my mailbox. At one point, she had a car that she was hitting with a baseball bat. It was one of the reasons I called the police. Come to find out, it was her own car," Pfarr said.

Another neighbor, who did not want to use their name or have their face shown, says they called the authorities for help multiple times.

"I know I called at least four times. Other people in the neighborhood did too, because you could hear her screaming, and you would think something was wrong, but she was just yelling into thin air. I feel like the system failed here. Cause something could’ve been done a long time ago. And this girl would not have suffered what she did."

Officials with Child Protective Services said Towne has a history with the department, but wouldn’t provide any details.

"Child Protective Services is investigating this tragic death alongside law enforcement. The child’s mother, Melissa Towne, does have prior history with CPS, but specific details of CPS investigations are confidential according to law. Ms. Towne has three additional children ranging in age from two years old to 18-years-old who are safe and have been living with other family members." – Melissa Lanford, DFPS Spokesperson

Towne’s bond has been set at $15 million.

Her next court appearance is scheduled for Tuesday.