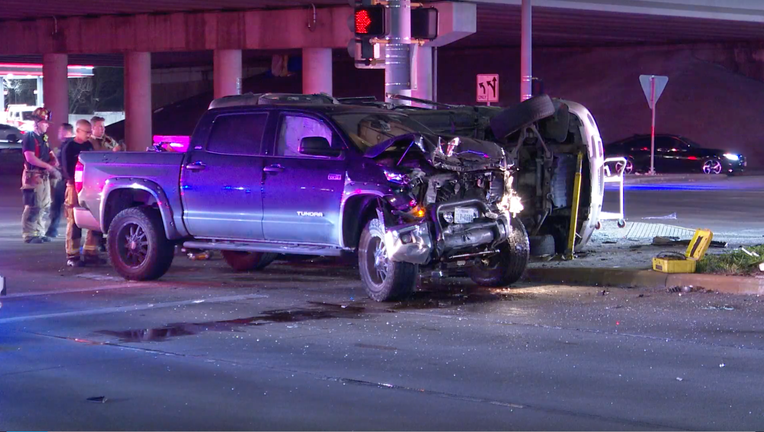 SUV pinned into traffic pole after being T-boned by pickup truck on S. Gessner at 59 Feeder.

HOUSTON - A mother and her three children were transported to a Houston hospital late Wednesday after a two-car rollover crash left them trapped inside SUV.

Harris County Precinct 5 deputies came upon the crash as Houston Police and Houston Fire Departments were en route after reports of parties trapped.

Texas is worst state for drivers in 2022, new study shows

Texas is the worst state for drivers in 2022, according to a new study. Careless driving and speeding are the main factors.

Deputies found an SUV rolled over and pinned on its side, up against a traffic pole. A woman and three children were inside the SUV.

A man was found inside the pickup truck that T-boned the SUV.

Deputies were able to get the children out of the SUV, while HFD had to extricate the mother.

All five people were transported with non-life-threatening injuries to a Houston hospital. 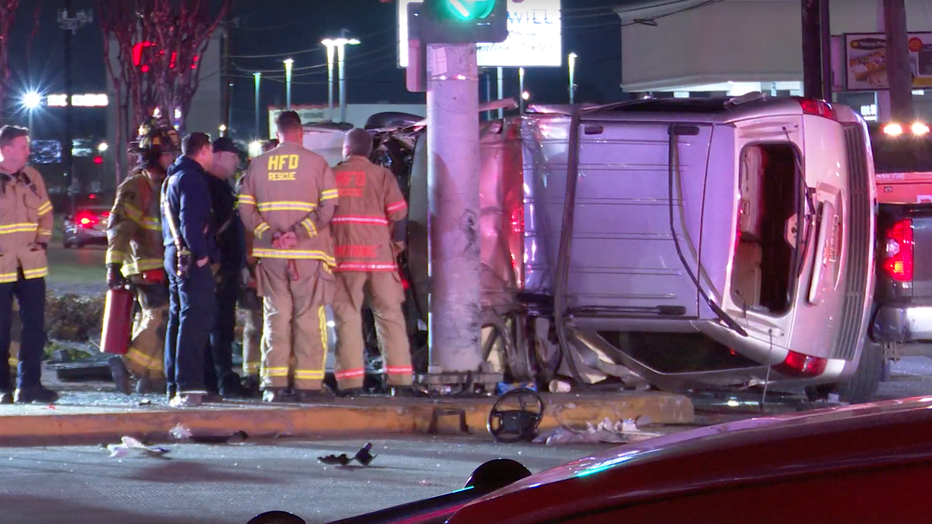 An SUV rolled over on its side, pinned into traffic pole after being T-boned by pickup truck on S. Gessner at 59 Feeder.

Witnesses told HPD that the driver of the pickup truck was at fault, reporting that they saw him run a red light immediately prior to the crash.

That driver is believed to be under the influence, so HPD is conducting a DWI investigation at the hospital.

The Houston Police Department says an officer was taken to the hospital with minor injuries after an intoxicated driver sideswiped his patrol vehicle along the Katy Freeway.