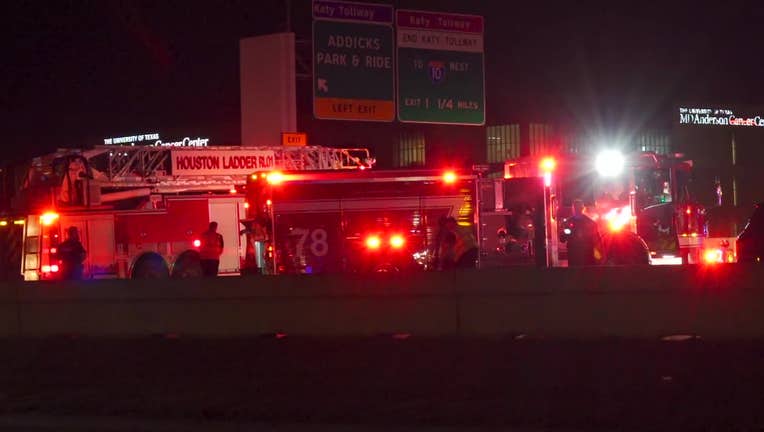 Emergency crews on the the scene of the crash along the Katy Freeway.

HOUSTON - A driver was found to be intoxicated after she sideswiped a Houston Police Department patrol car on the Katy Freeway, authorities say.

The crash occurred around 9:22 p.m. Thursday in the 13600 block of the Katy Freeway near North Eldridge Parkway.

Police say the officer was attempting to pull over a car and was slowing down to move into the shoulder when a gray Ford Focus sideswiped his patrol vehicle.

The driver of the Focus was evaluated by officers and was found to be intoxicated, according to HPD. Authorities said she would be arrested for DWI.

The officer was transported to the hospital. He is said to have minor injuries.