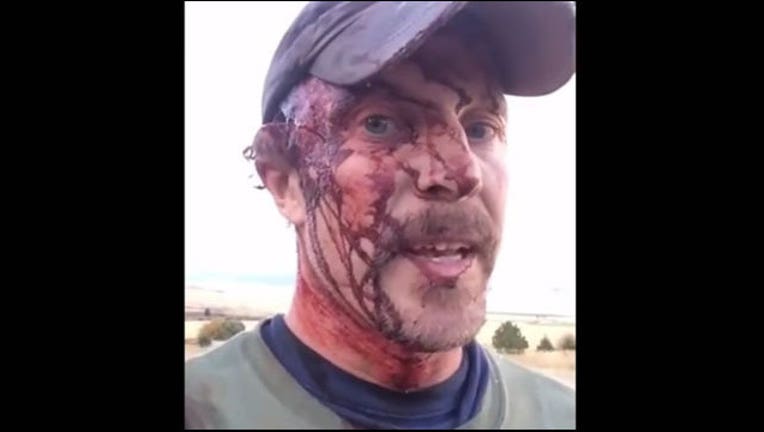 (FOX NEWS) - A hiker in Montana managed to survive a "Revenant"-style series of attacks -- apparently by the same bear -- and even drove himself to the hospital for treatment over the weekend, investigators said.

Todd Orr recorded video of himself after the mauling and posted it online. With gashes on his arms and blood streaming down his face, the 50-year-old survivor told the camera: "Yeah, life sucks in bear country... be safe out there."

The first attack unfolded Saturday morning not far from the man's home in Bozeman, Madison County Sheriff Roger Thompson confirmed. Orr said he unleashed bear spray and rolled into a ball to play dead as the bear chewed on him. He said it looked like a grizzly bear protecting two cubs.

The man headed back to the trailhead -- but was attacked again. After the second attack, the bear wandered away and the man escaped.