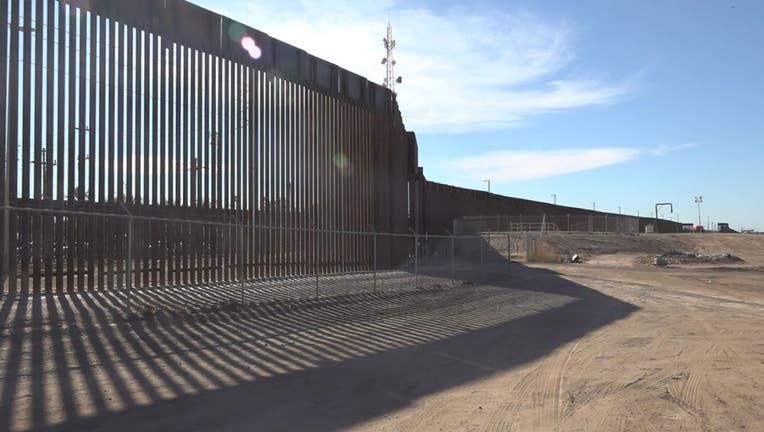 The possibility of expanding immigration laws with the new administration and escaping ongoing violence in Central America is encouraging more people to head to our southern borders. (Stephanie Bennett/Fox News)

PHOENIX (AP) - Authorities are investigating the cause of death this week of a Mexican woman whose leg was entrapped while using a climbing harness and ended up hanging upside down off the border wall in eastern Arizona.

U.S. Customs and Border Protection officials offered few details, but the local sheriff’s office said the woman was a 32-year-old who was attempting to cross the wall Monday night near Douglas, Arizona. Her name was not released.

The Cochise County Sheriff’s office said she hung upside down "a significant amount of time."

The sheriff’s office said it was in contact with the local Mexican consulate and continues to investigate what happened.

Customs and Border Protection said its Office of Professional Responsibility is working with the sheriff’s office on the investigation and would release more information as it becomes available.

Migrants occasionally die while attempting to cross the border wall, including a man who died earlier this month from injuries he suffered when he fell from the barrier in Texas.

It was unknown if there was video surveillance in the area where the woman became entangled. Authorities did not describe the wall she was trying to climb over.

However, some of the last border wall construction carried out before the end of former President Donald Trump’s term was in the Douglas area, with 30-foot-tall (9-meter) steel columns erected on U.S. Bureau of Land Management property.

On April 1, two migrants fell from the border barrier near Clint, Texas, about 12 miles (19 km) west of the Tornillo port of entry.

Emergency medical technicians rendered first aid and took them to a hospital in El Paso.

The second was treated for a fractured right hand and returned to Customs and Border Protection officials, who returned him to Mexico.

For the latest local news, download the FOX 10 News app.