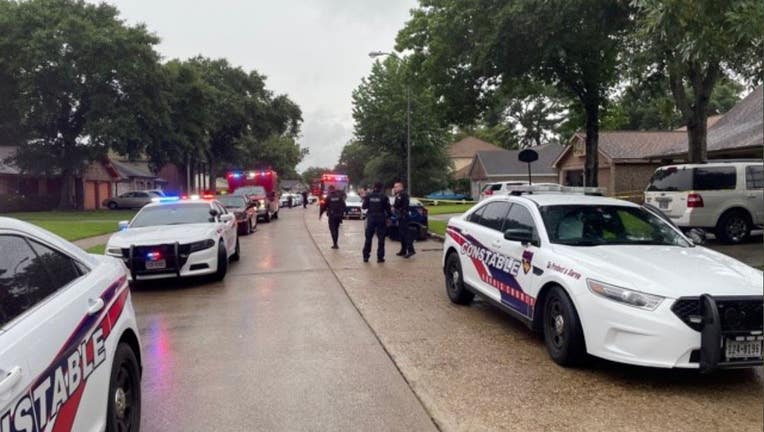 HARRIS COUNTY, Texas - A man has been charged with murder for the deadly shooting of his wife inside their home in northwest Harris County, authorities say.

According to the sheriff’s office, Dakari Lenear, 45, is charged in the death of Rhonda Lenear, 46.

The shooting occurred in the 9500 block of Walnut Glen Drive around 5:15 p.m. Wednesday.

When deputies arrived, they reportedly located Dakari in the open garage.

According to the sheriff’s office, Dakari claimed that his wife attacked him and tried to stab him. He claimed he shot his wife in self-defense, authorities say.

Deputies located Rhonda on the floor of the living room. Authorities say she had been shot multiple times with a semi-automatic rifle. Cy-Fair EMS responded to the scene and pronounced her dead.

Investigators with the Harris County Sheriff’s Office Homicide and Crime Scene Units responded to the scene.

Investigators interviewed Dakari and the Leaners’ two teenage children, who were reported to be outside of the home at the time of the shooting.