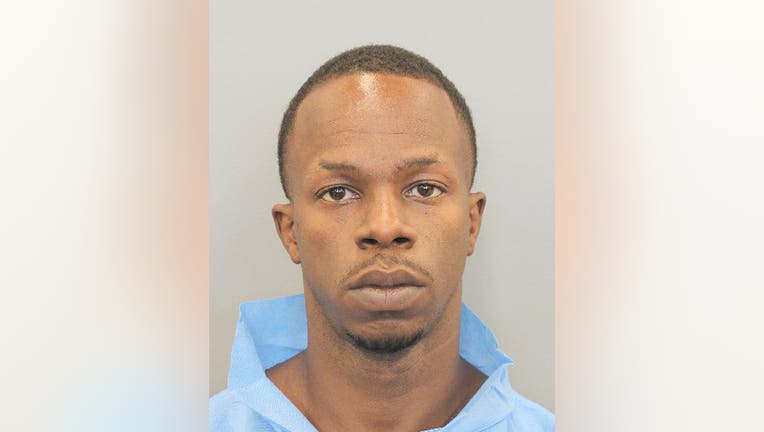 HARRIS COUNTY, Texas - A Houston man shot a young boy after his son got into an argument with the boy while playing with a ball.

Richard Spiller, now 31, reportedly fired into a crowd of people on April 5, 2019, in the 7800 block of Tierwester Street in south Houston.

Reports say that an 8-year-old boy had been playing with a basketball with Spiller's son who was almost 4 years older. The two young boys got into an argument and the younger one slapped Spiller's son.

According to officials, the son went home and told his parents that an adult slapped him. Spiller then went to the 8-year-old's house and demanded to know what happened. This led to an argument.

Records state Spiller left the home and returned with a van full of people to continue the argument. He came back a third time and started shooting at the 8-year-old's family while they were on the porch of a neighbor's home.

Officials say Spiller struck the boy in his knee, then ran away. The young boy survived the gunshot.

"He turned a kids’ fight into a gunfight," said Assistant District Attorney Shanice Newton, who prosecuted the case in the four-day trial. "He could have stopped whenever he wanted, but he kept coming back until he hurt a child. He was relentless."

The jury found him guilty of aggravated assault causing bodily injury and he was sentenced to 45 years in prison.

During the punishment hearing, Newton presented evidence that Spiller worked with three people to steal catalytic converters from City of Houston vehicles. The thefts cost the city at least $500,000. Spiller also had a previous conviction for dog fighting, reports say.

"This repeat offender shot an 8-year-old and then, while free on bond, was arrested for stealing catalytic converters from City of Houston vehicles," Harris County District Attorney Kim Ogg said. "He has had enough second chances and he cannot be trusted to live by the rules in our society."

Newton said the now 11-year-old boy is still in pain when he tries to play normally, and he can never play contact sports.