FOX 26's Damali Keith reports more on the devastating story of 1-year-old girl who was stabbed to death by her father before he killed himself in Houston.

ROSENBERG, Texas - A 1-year-old baby girl at the center of an Amber Alert is dead after her father stabbed her and then stabbed himself to death, police say.

The Amber Alert was initially issued for Leylani Ordonez from Rosenberg on Tuesday. The alert named her father, 24-year-old Alexander Ordonez, as a suspect in her abduction. 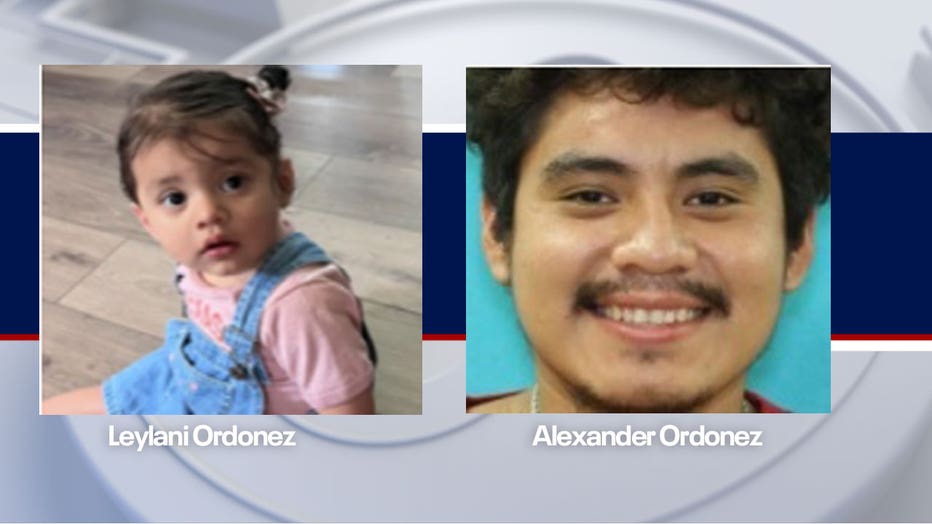 According to Rosenberg police, the suspect had gone to Riverside Auto Collision tow truck business around 6 p.m., stabbed the owner, Ruben Salazar, and then drove off in a tow truck.

Police say he then went to the Rosenberg home of his daughter’s babysitter, took the baby and fled in the tow truck. An Amber Alert was then issued.

Police say he was split up from the one-year-old’s mom, who desperately tried getting her baby back and took to Facebook asking for help, saying her ex was "not mentally stable" and saying she was "scared for her (baby’s) life."

Around 2 a.m., police say someone from another agency found the vehicle and got into a pursuit with that vehicle. Other agencies also joined in.

The chase ended in the 4800 block of FM 762 after one of the agencies put out spike strips and stopped the tow truck.

According to police, the suspect then got out of the tow truck holding his bloody daughter. Police say at some point he also stabbed himself.

"Door's open. Driver out. Looks like the child is with the driver" an officer can be heard saying to dispatch. You can hear the desperation in the officers voices as they radio in, as Sugar Land Police finally stopped 24-year-old Alexander Ordonez Barrios after a 45-minute chase. They tried to save Ordonez Barrio’s one-year-old daughter Leylani, but it was too late. Another officer says "I can’t tell if he’s stabbing himself or the child. Lets’ start rolling EMS over here."

Neighbors who had been praying for Leylani’s safe return were visibly heartbroken at news the 14-month-old was killed, by her own father.

"I can’t believe it. These days you can’t trust nobody," says resident Tamika King.

"The devil don’t sleep. He’s just trying to get everyone he can get, but the baby’s in good hands now. She’s with Jesus," neighbor Sandy says.

Authorities say they were both taken to the hospital, and they have both died.

FOX 26 spoke with Ruben Salazar’s wife, and she says their family is grateful he is expected to make a full recovery.

The investigation into the incident continues.