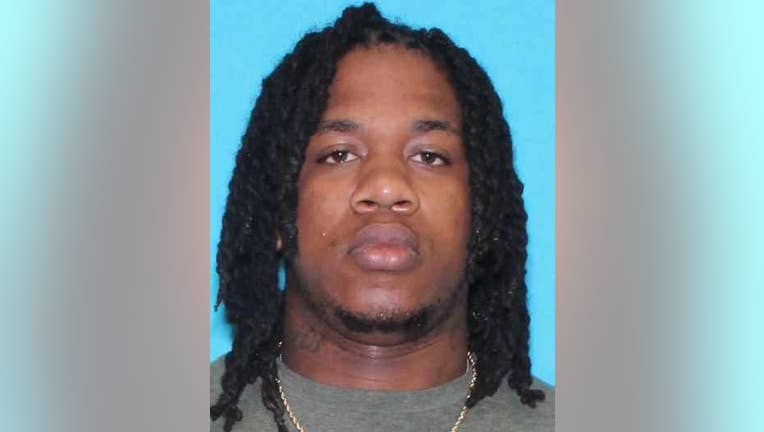 ROSENBERG, Texas - One man is in custody following a deadly shooting at the Seabourne Creek Sports Complex in Rosenberg.

Rosenberg police said they were called out to the complex Saturday after receiving multiple 911 calls about a man being shot in the abdomen while in the parking lot.

Authorities said witnesses to the shooting provided a detailed description of the suspect.

Within minutes, Rosenberg police located the suspect and identified him as James Hamilton, 28, of Houston.

Police said Hamilton was found to be in possession of a handgun that was reported stolen to the Houston Police Department.

The victim, who was identified as Derwyn Lauderdale, 29, of Houston, was taken to the hospital where he later died from his injuries, police said.

An investigation determined that Hamilton and Lauderdale had an on-going family-related dispute.

Police stated that Hamilton had an extensive criminal history out of Harris, Brazoria, and Galveston Counties which include previous arrests for violation of a protective order, unlawful carrying of a weapon, and terroristic threat causing fear of imminent serious bodily injury.

“What a sad set of circumstances that took place during this event,” Rosenberg police said. “Children came to play a game they love, only to have it ruined by a career criminal committing an act of family violence. Our thoughts and prayers go out to those affected by this tragedy and we will pursue appropriate charges so justice may be served.”

Anyone with information about a crime is encouraged to contact Fort Bend County Crime Stoppers at 281-342- TIPS (8477).