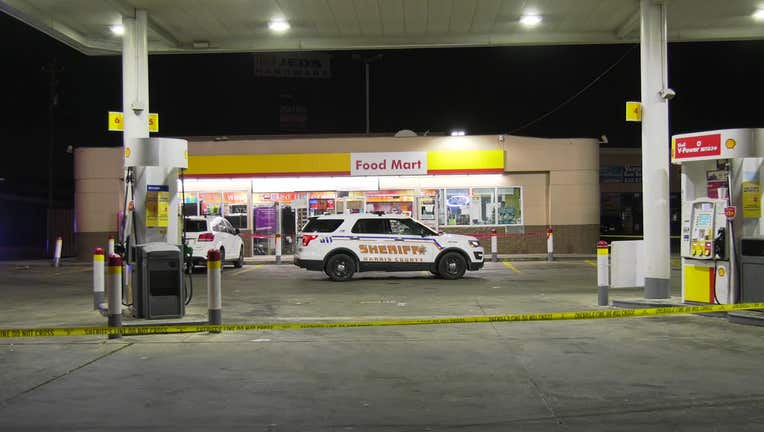 The sheriff’s office says a man has died after he was shot while standing in front of a gas station in northeast Harris County.

The shooting occurred around 10:38 p.m. Sunday in the 5300 block of Aldine Mail Route Road.

According to the sheriff’s office, several shots were fired as the man was standing in front of the store. Authorities say the man stumbled into the store, and the clerk called 911.

The man died at the scene.