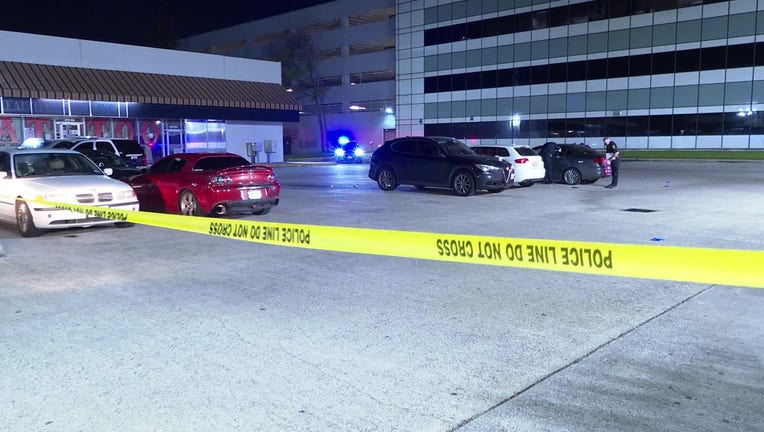 Police investigate a deadly shooting in the parking lot of a strip mall in north Houston.

HOUSTON - A man died after he was found shot inside of a car in a north Houston parking lot, police say.

The shooting occurred in the 400 block of N Sam Houston Parkway E around 8 p.m. Sunday.

Police say several people were around the car when an altercation occurred, and multiple people fired weapons.

The man was shot multiple times and died at the hospital.

According to HPD, investigators learned that two males were conducting a transaction with a third male when a robbery occurred and the victim was struck by gunfire.

The police department says two of the suspected shooters fled the scene but returned and were interviewed by detectives.