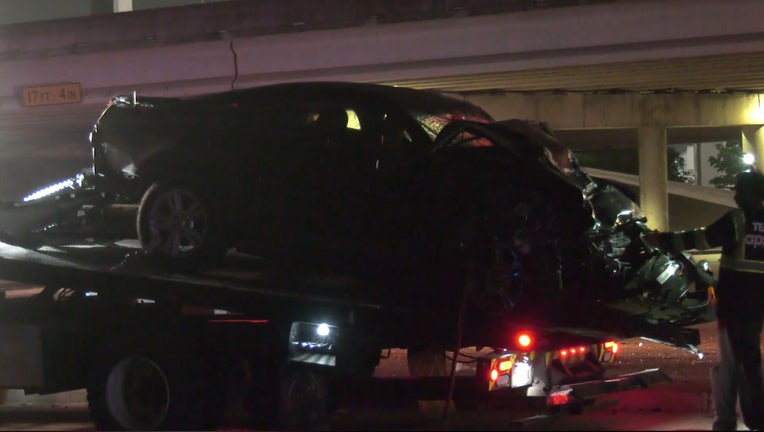 HOUSTON - A man has been charged in a deadly crash that happened while he was leading police on a chase in southwest Houston.

Yasmir Reyes is charged with murder and aggravated assault causing serious bodily injury for the crash that left one person and dead and a teenager seriously injured. It happened in the 10500 Southwest Freeway service road around 12:25 a.m. on Monday.

Houston Police say officers tried to stop a black Ford Mustang in the area of the PlazAmericas Mall for a traffic violation. They say that's when the driver, later identified as Reyes, refused to stop and drove southbound on the Southwest Freeway service road.

HPD says Reyes ran a red light at the intersection with the West Sam Houston Parkway South/Beltway 8 service road and crashed into a white Chevrolet Malibu traveling eastbound on Beltway 8. 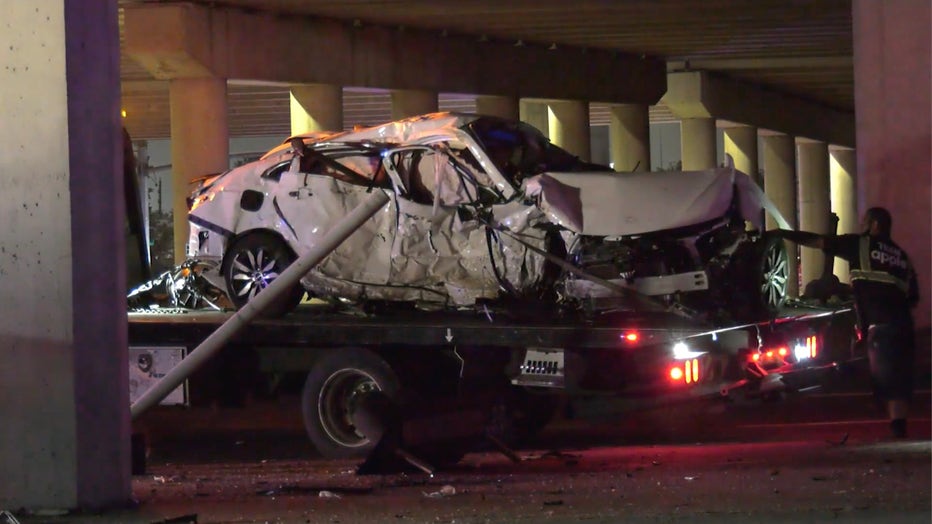 Paramedics were called to the scene, where the Chevrolet's driver, a 23-year-old male, was pronounced dead. His identity is pending verification by the Harris County Institute of Forensic Sciences.

A 16-year-old female passenger in the Chevrolet, which was operating as a ride-share, suffered multiple injuries and was transported to a hospital where she remains in serious, but stable condition.

Reyes, 28, suffered a broken leg in the crash. He was transported to a hospital where he is in police custody.

Once he's released, he will be taken to jail.