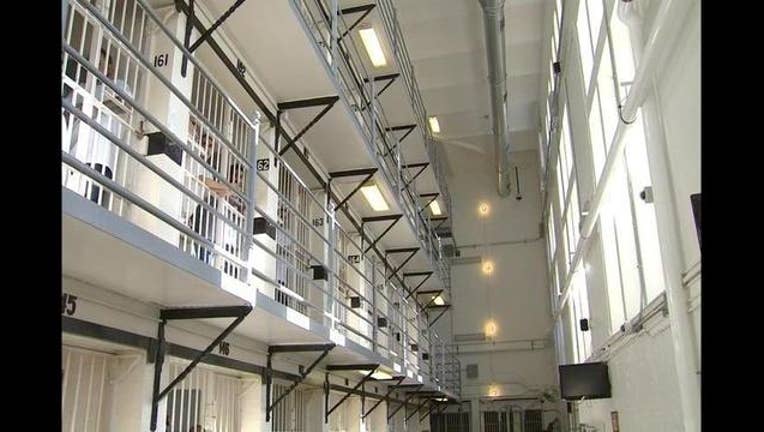 On Houston's north side, within residential walls both safe and secure, new lives are being nurtured and the most fundamental bonds, fully formed.

"You often hear them say, 'I just have never felt this love before'," said Liz Moore of UTMB and  manager of the Babies and Mothers Bonding Initiative.

You see, amid the softness and tender moments mothers here are serving hard time for serious crimes.

Each began their prison term already pregnant and each owns a deeply personal tale of drug related self-destruction.

"I've been to prison before and I got back out and I come back," said Jessarah Perez, inmate mother of a six month old little girl.

"When I first went to prison I thought that I was going to lose her like I lost all my other kids. She's been the light of my life," said inmate Ayla Nesvadba as she holds her infant daughter Adriana.

It is that feeling, that profound maternal connection, that has proven a powerful human "firewall" against re-offending.

"I have a seven year old son that I didn't get to bond with because I was too busy running the streets and I always put him off on my mother, so just being here and having her love on me and me loving on her, it's just amazing," said inmate Carolyn Buford, mother of baby Anastasia.

"So really that's the goal, to bond these women with these babies so they don't want to do drugs, so they don't want to go back to the man who is still out there doing the same thing, so that they can be the parent they want to be," said Moore who currently guides 17 women accepted into the program initiated by Houston State Senator John Whitmire.

Five years old now, the Texas Department of Criminal Justice BAMBI program is a great deal more than bottle feeding and baby buggies. While completing the link between life and life giver inspires among inmate moms a powerful desire to stay clean, emotional tools are needed to cope with the near constant threat of relapse.

That's why at BAMBI addiction counseling, anger management and parenting skills are delivered in large and consistent doses by therapists co-ordinated by the UT-Medical Branch.

"It's recovery. I am in my recovery and before I leave BAMBI House, I am going to change," said Buford.

With the free world full of stress and temptation, the inmates focus here on who their failure to cope will hurt.

Of the more than 170 women who've lived and loved their little ones in BAMBI's rooms 92 percent have not returned to prison. Sound reason for hope.

"I will change my ways. Become a better mother," said inmate Lakendrea Holmes with baby Garcelynn in her arms.

"Hey, if they are doing it, I can do it too," said inmate Danielle Gonzalez as she cuddled her daughter Journey.

"When I get out I will have my son and my daughter and that's what I prayed for, I've prayed for that for such a long time," said Perez.

Prayers answered by a force more powerful and abiding than any needle, pill or crack pipe.