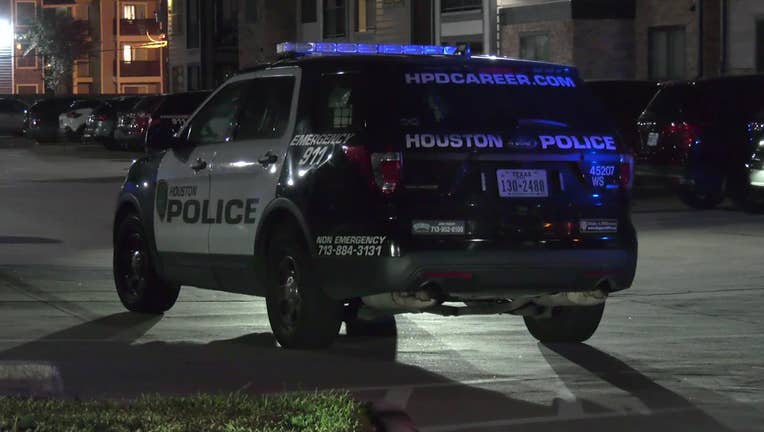 The Houston Police Department investigates a shooting on Whittington Drive.

HOUSTON - Police are investigating the deadly shooting of a man at an apartment complex in west Houston.

Officers responded to the shooting in the 13100 block of Whittington Drive around 8 p.m. Sunday.

Authorities say a man, 29, was found dead with multiple gunshot wounds in an outside stairway.

Police say some witnesses reported hearing gunshots and then went outside and found the man shot.

Witnesses also reported that the suspect fled in a black Hyundai or Honda sedan.

According to HPD, the man lives at the complex, and there were other people at the scene who knew him. Authorities were speaking with them.