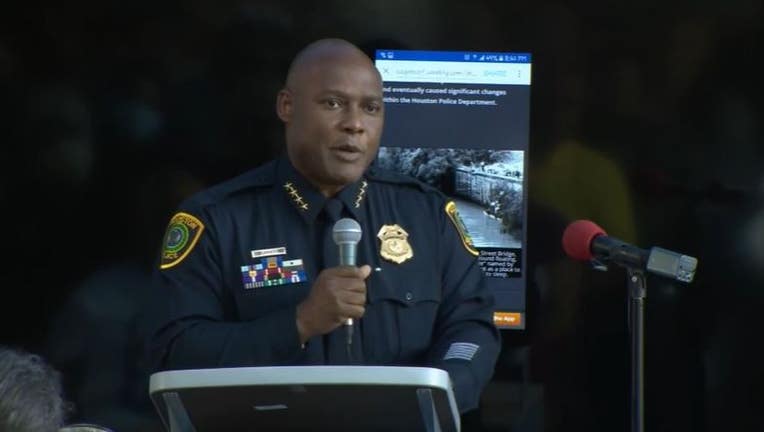 HOUSTON - It's an apology more than 40 years in the making.

The city of Houston and its police department offered a public apology to the family of Jose Campos Torres Sunday afternoon.

The 23-year-old Vietnam War veteran was arrested for disorderly conduct on May 5, 1977, then beaten by 6 police officers. Torres' body was found in the bayou two days later. The six officers responsible were sentenced to a year of probation and a $1 fine.

His death set off riots and led HPD to create its Internal Affairs Division.

"I know this little apology from me – and I'm calling it little because it should have happened a long time ago," he said.

The Chief also addressed Campos Torres' mother saying he empathizes with her struggle and she can consider him as family.

"I said nobody has more pain than a mother for 44 years," Chief Finner added before coming off the stage and embracing her. "I love you, and I know we're just meeting but you got another son."

Other family members of Campos Torres' like his sister, Janie were also in attendance and said the family continues to reel their loss.

"This has destroyed all of us," she said. "The pain is a lot deeper than you can ever imagine. And yet, the worst thing, no matter how many apologies we get, it can never change the fact because Joe, at the end, never got justice."