The Harris county Sheriff's Office says two suspects who kicked in the door to a home and pretended to be police ended up shot.

HOUSTON - One suspect is dead and another is injured after a home invasion in west Harris County, authorities say.

The sheriff’s office initially responded to a report of a home invasion around 11 p.m. Thursday in the 3200 block of Windmoor Drive.

Deputies arrived and found a man shot to death inside of the house. Authorities say he was wearing body armor.

The homeowner and her two adult sons were also in the house. The sheriff’s office says deputies spoke with them and learned that two male suspects wearing body armor had kicked in the front door and identified themselves as "HPD". 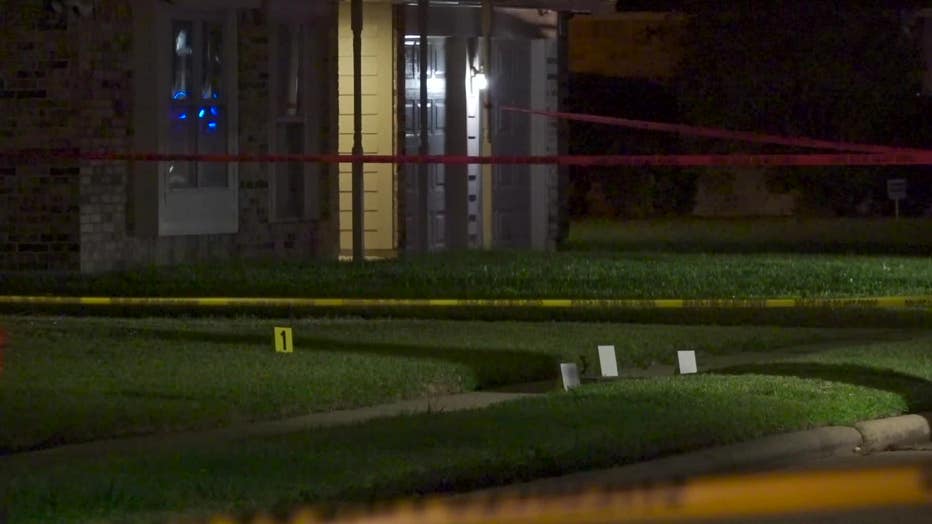 According to Sheriff Ed Gonzalez, at least one of the suspects started shooting immediately, and one of the homeowner’s sons went to see what was happening.

The sheriff says one of the suspects started shooting toward the resident and most likely inadvertently shot the other suspect. The wounded suspect then dropped his pistol as he attempted to flee, authorities say.

According to Sheriff Gonzalez, the resident then picked up the pistol and shot at the fleeing suspects, fatally shooting the suspect that initially began shooting.

The wounded suspect that was inadvertently shot managed to get away, the sheriff says. Authorities believe he fled in a car with a third suspect.

None of the residents of the home were injured.

The investigation into the shooting and the motive behind the home invasion continues. Anyone with information is asked to call the HCSO Homicide Division at (713) 274-9100 or Crime Stoppers at (713)222-TIPS.