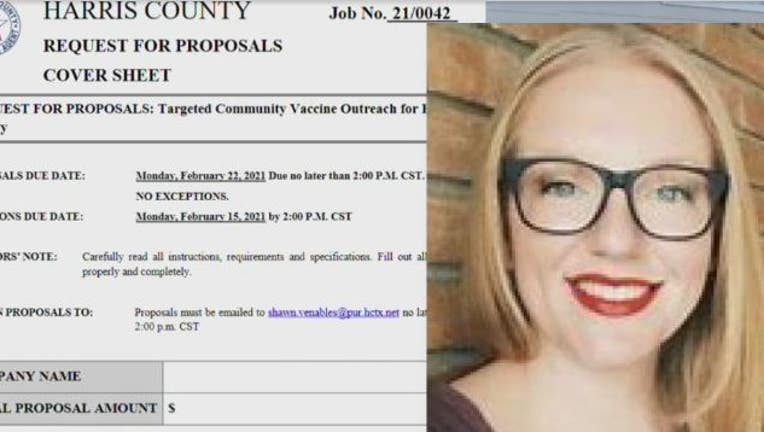 Harris County's leader, Judge Lina Hidalgo says the county is going to cancel an $11 million contract after questions were raised about whether the judge was playing favorites to a certain firm with no experience to speak of.

FOX 26 first investigated the contract with Elevate Strategies LLC - a one-woman firm with a short track record and few resources who was awarded the deal after having traditional financial standards waived by the County.

Critics said the contract began failing the "smell test" after FOX 26 revealed that Elevate actually finished second in the head-to-head competition behind The University of Texas Health Science Center only to have that winning proposal tossed out by a committee dominated by Hidalgo insiders who favored Elevate, including current Chief of Staff Alex Triantaphyllis.

As for the issue becoming "politicized," a FOX 26 review of public documents revealed at least 12 Elevate subcontractors were past political operatives for Democratic campaigns or organizations including those for Joe Biden, Barack Obama, and Hillary Clinton.

Three firms listed as subcontractors advertise their affiliation with the Democratic party.

FOX 26 has attempted to speak with Hidalgo regarding the cancellation but we have not received a reply.