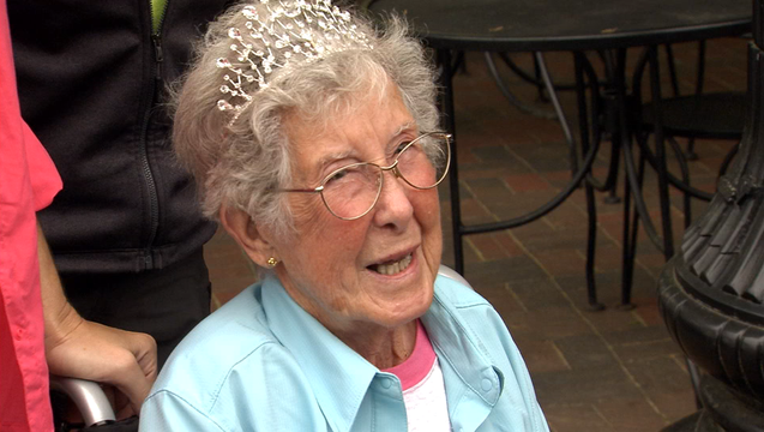 It has been one year since a 91-year-old grandmother embarked on the ultimate journey following a devastating loss and learning she has cancer.

In a two-week period, Norma learned her husband of 67 years, Leo, was dying and that she had a large, likely cancerous mass on her uterus. Two days after Leo passed away, Norma was in a doctor's office learning about surgery, radiation and chemotherapy. Once the doctor finished telling Norma her options, he asked her how she'd like to proceed.

That was in August of last year. Now, more than a year later, she's still on the road with her son and daughter-in-law and more than 400,000 people continue to follow their journey on Facebook.

On August 25, the “Driving Miss Norma” Facebook page shared new photos of the elderly woman celebrating 365 days of being on the road.

"We celebrated our one year anniversary in true 'Miss Norma' fashion," her family said. "Key lime and chocolate cakes and beer were front and center, of course!"

Norma and her family have driven the RV nearly 13,000 miles and slept in more than 75 different locations in 32 states.

“We continue to be overwhelmed by the kindness and love that has been directed our way. It feels like a giant nest has been built across the country. Anywhere we land is home.”

Miss Norma has traveled all over the United States, including several stops in Georgia. On March 31, she celebrated her 91st in Marietta. FOX 5 was there when “The Local” threw her a huge birthday bash.

Norma told FOX 5 she never thought her journey would inspire so many people.

"I don't know what to say," she said in March. "It is overwhelming for sure."

She also told us Marietta was her favorite place, but according to Facebook, she has many favorites.

“No matter where we are, when asked where her favorite spot has been on this trip, Norma now says, ‘Right here!’”

Norma’s family said meeting such wonderful people has made their journey incredibly special.

“Our families, friends, and the many thousands of former strangers have lifted us up and kept our spirits high.”

This week, Norma checked in from San Juan Island in Harbor, Washington, which is more than 2,000 miles away from Atlanta.