A Fulton County special grand jury subpoenaed former President Donald Trump's attorney Rudy Giuliani in its investigation, as well as other Trump advisors, into whether he and others interfered with the 2020 election in Georgia, court documents show.

ATLANTA - A Fulton County special grand jury subpoenaed former President Donald Trump's attorney Rudy Giuliani in its investigation into whether he and others interfered with the 2020 election in Georgia, court documents show.

In November 2020, Giuliani announced plans to file a lawsuit, claiming it would expose a nationwide election fraud conspiracy.

"In the city of Atlanta, Republicans were not allowed to watch the absentee mail-in ballot process," he said. "Inspections completely cast aside. We have numerous double voters. We have numerous out-of-state voters. And we have specific evidence of intimidation and changes of votes." 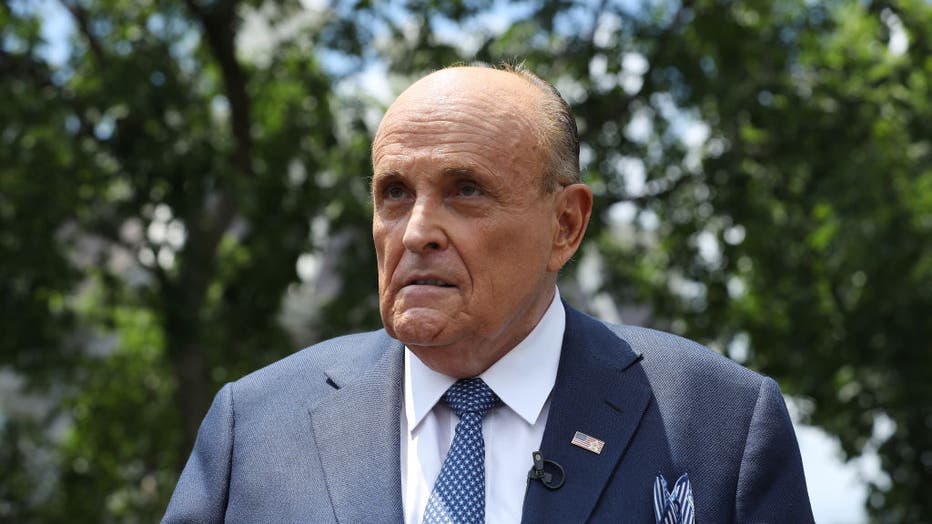 The subpoenas call on the witnesses to begin testimony on July 12.

In November 2020, Graham allegedly asked whether Raffensperger could throw out all absentee ballots in counties with higher rates of non-matching signatures. When asked about the conversation with Raffensperger, Graham said he was "trying to find out how the signature stuff worked."

Eastman, a constitutional law professor and attorney who with Trump convened hundreds of electors on a call on Jan. 2, 2021, encouraging them to send alternative slates from their states where the former president's team was claiming fraud.

Ellis toured the U.S. with Giuliani, claiming the 2020 election was stolen from Trump despite a lack of evidence of widespread irregularities or fraud. Mitchell and Cheseboro were also part of Trump's legal team.

Full call between Trump and Georgia's secretary of state

The testimony of Raffensperger and Carr likely centered around a phone call made by the then-President to Raffensperger in January 2021.  During that call, President Trump seemed to urge Sec. Raffensperger to change the results.

RAFFENSPERGER: TRUMP CALL TO ‘FIND’ VOTES IN GEORGIA WAS A THREAT

The grand jury is summoning Gov. Brian Kemp for testimony. Kemp will make a recorded statement on July 25.

Grand jury investigating if Trump, others interfered in Georgia election

Twenty-three grand jurors and three alternates were chosen on May 2. Fulton County Superior Court Judge Robert McBurney, who is overseeing the special grand jury, told grand jurors they will be investigating actions surrounding the 2020 general election.

The special grand jury has up to a year to complete their investigation and make any recommendations.

It's not clear if Willis will pursue charges against Trump or anyone else. In a letter she sent to top-ranking state officials last year, she said she was looking into "potential violations of Georgia law prohibiting the solicitation of election fraud, the making of false statements to state and local government bodies, conspiracy, racketeering, violation of oath of office and any involvement in violence or threats related to the election's administration."