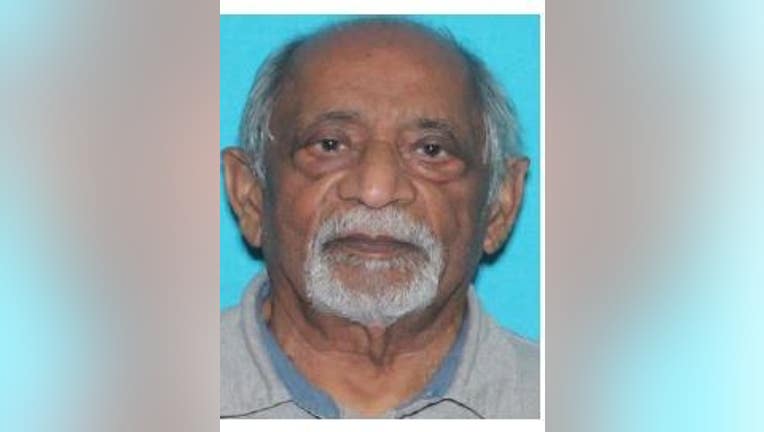 Deputies with the Harris County Sheriff's Office said Mr. Raza, who was reportedly born in 1934 making him 88-years-old or going on 89, was last seen Friday around 1 p.m. in the 7300 block of Spring Cypress on the city's northwest side.

Mr. Raza was described as having gray eyes and hair, standing about 5'6" weighing about 140 pounds.

CHECK OUT FOX 26's THE MISSING

Anyone with information concerning the whereabouts of this missing person is urged to contact the Harris County Sheriff's Office, Missing Persons Unit, at (713) 755-7427 or Crime Stoppers at (713) 222-8477.