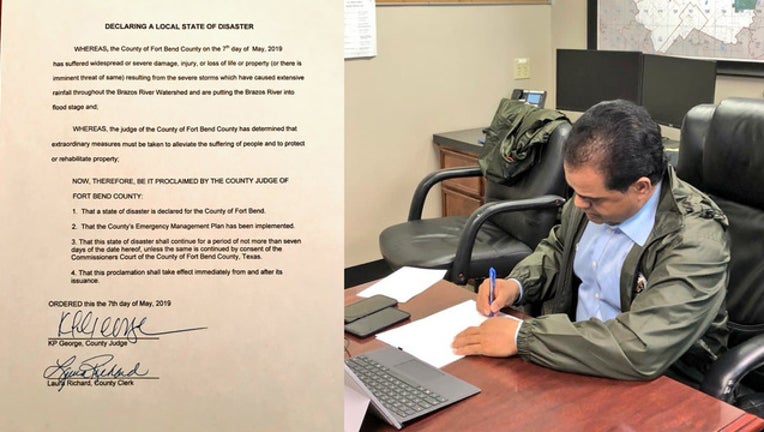 FORT BEND COUNTY, Texas (FOX 26) - The Fort Bend County judge has declared a state of disaster for his county.

County Judge KP George said the disaster declaration will allow the county take extraordinary measures to help and protect residents and their property.

George says people need to understand this weather is a serious threat, and the Brazos River levels will likely worsen as the week continues.

This announcement comes after Sugar Land city officials announced that all roads in the city are impassable.

Officials earlier on Tuesday said Sugar Land had been drenched with more than seven inches of rain within a four-hour timespan, and the rain continued.

County Judge KP George announced that all tolls will be waived on Fort Bend Parkway, West Toll Road, and Grand Parkway in Fort Bend County due to severe weather.

MORE: All Sugar Land roads are impassable due to severe weather, flooding

Officials are asking drivers to use these routes if they are clear, instead of flooded roadways.

“Go home to high ground and do not drive,” Judge George says.