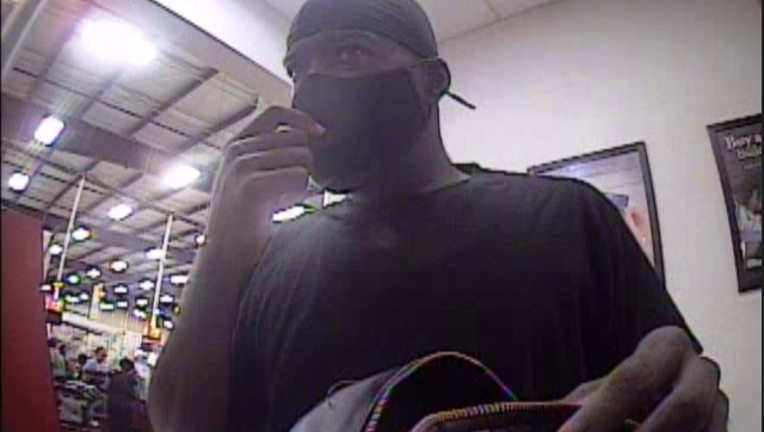 HOUSTON - A manhunt is underway for a robber dubbed by the FBI as the "Food Store Bank Bandit" accused of stealing from two grocery stores in the Houston-area at gunpoint.

According to a press release by Crime Stoppers, the so-called "Food Store Bank Bandit" first walked into the Food Town on N. Sam Houston Parkway W, on Tuesday, November 1. Investigators said the bandit approached the counter of a First Convenience Bank inside the grocery store, handed the bank teller a note demanding money.

From there, the bandit also reportedly pulled out a gun from a red drawstring bag and threatened the teller. It's unclear how much money the "Food Store Bank Bandit" walked away with but fled shortly afterward.

More than a week later, on Friday, November 11, the bandit entered a Joe V's grocery store on Antoine Dr. in northwest Harris County. Investigators said he walked up to the First Convenience Bank teller counter in the store and asked about opening an account. 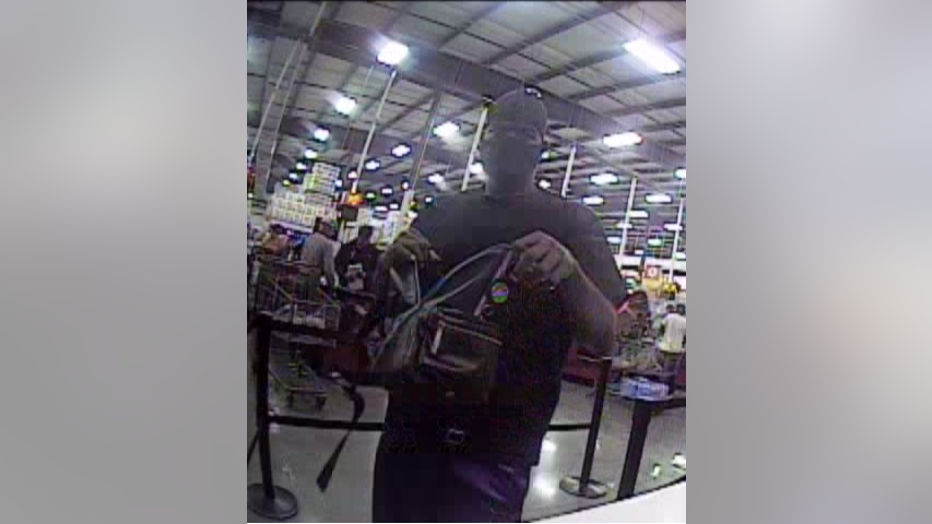 During the interaction with the teller, where the "Food Store Bank Bandit" was allegedly using false information. While the teller was inputting information, officials said he pulled out a gun from a dark backpack and demanded cash before taking off.

Authorities described the bandit as a Black man standing 6-6'1" tall, in his late 20s to early 30s with a medium build.

Crime Stoppers is offering a reward of up to $5,000 for information leading to the Food Store Bank Bandit's identity and arrest, you're asked to call 713-222-TIPS or go online.