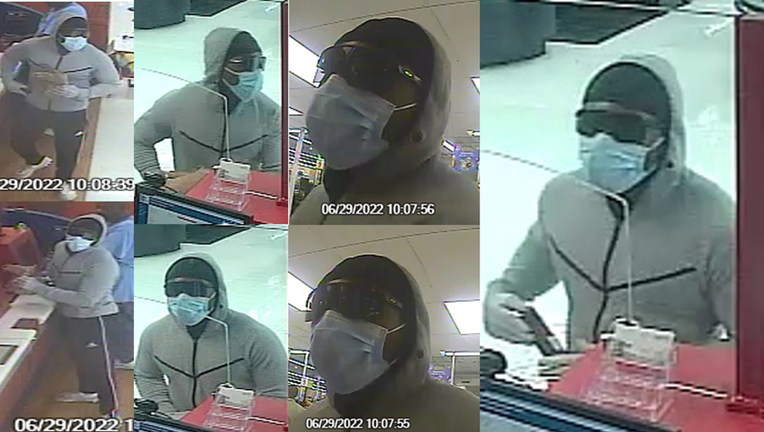 The "Big Shades Bandit" struck again Tuesday, September 6 at the First Convenience Bank on W 43rd St. in northwest Houston around 1:30 p.m. Officials say he approached the counter, and handed the teller a note demanding cash while brandishing a gun. We're told the teller gave the bandit "an undisclosed amount of money" before walking out of the bank. No one was injured.

Authorities described the bandit as a Black man in his early 20s or 30s about 5'8" with a muscular, medium build.

In addition to his large sunglasses, the bandit wore a black Chicago White Sox baseball cap as well as a black gaiter-style mask, a black Magellan brand long-sleeved shirt, dark pants, and black and white shoes.

Crime Stoppers may pay up to $5,000 for information leading to the identification, charging, and/or arrest of the suspect in this case. Information may be reported by calling 713-222-TIPS, submitted online at www.crime-stoppers.org or through the Crime Stoppers mobile app.