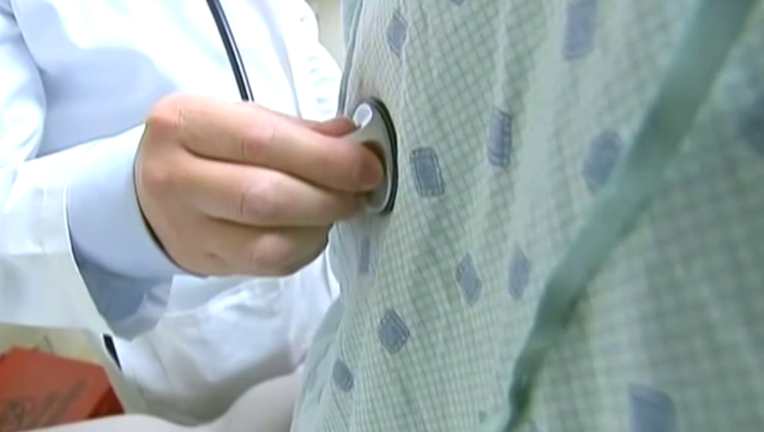 The flu blanketed the U.S. again last week for the third straight week. Only Hawaii has been spared.

The government doesn't track every flu case but comes up with estimates. One measure is how many people seek medical care.

Last week, 1 in 15 doctor visits were for symptoms of the flu. That's the highest level since the swine flu pandemic in 2009.

Thirty-nine states reported high flu traffic last week, up from 32 the week before.

Some good news, at least so far: The Centers for Disease Control and Prevention said Friday that hospital stays and deaths from the flu among the elderly so far haven't been as high as in some other recent flu seasons.

However, hospitalization rates for people 50 to 64 - Baby Boomers, mostly - has been unusually high, CDC officials said.

The CDC reported what was seen across the nation for the week ending January 20.

Flu is a contagious respiratory illness, spread by a virus. It can cause a miserable but relatively mild illness in many people, but more a more severe illness in others. Young children and the elderly are at greatest risk from flu and its complications. In a bad season, there are as many as 56,000 deaths connected to the flu.

In the U.S., annual flu shots are recommended for everyone age 6 months or older.

Health officials say this year's correctly shot targets the strains that are making Americans sick, including one causing most of the illness, a Type A H3N2 flu virus. But exactly well it is working won't be known until next month.

The same virus was the dominant flu bug last winter, when the flu season wasn't so bad. It's not clear why this season - led by the same bug - is so much more intense, some experts said.

"That's the kicker. This virus really doesn't look that different from what we saw last year," said Richard Webby, a flu researcher at St. Jude Children's Research Hospital in Memphis.

It may be that many of the people getting sick this year managed to avoid infection last year. Or there may be some degree of mutation in the virus that hasn't been detected yet, said the CDC's Dr. Dan Jernigan, in a call with reporters Friday.

Based on patterns from past seasons, it's likely flu season will start to wane soon, experts say. There are some places, like California, where flu season already seems to be easing, CDC officials said.

"If I was a betting man, I'd put money on it going down," Webby said. "But I've lost money on bets before."

Jennifer Manton got sick with the flu about two weeks ago, hit by high fever and body aches. She missed two days of work, and felt bad for about 10 days.