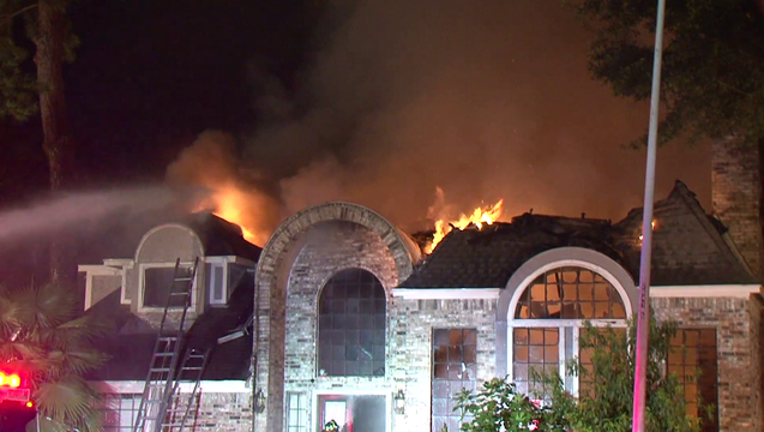 HOUSTON (FOX 26) - Officials say a firefighter was separated from the rest of the crew when the ceiling collapsed inside a burning home in northwest Houston.

There was an active mayday for three or four minutes, but the firefighter was brought out and is said to be uninjured.

Firefighters responded to the home on Badger Forest Drive just before 1:30 a.m. Tuesday. No residents were found inside the home.

One firefighter was taken to the hospital to be assessed for a back injury. Another was treated for heat exhaustion at the scene and then cleared.