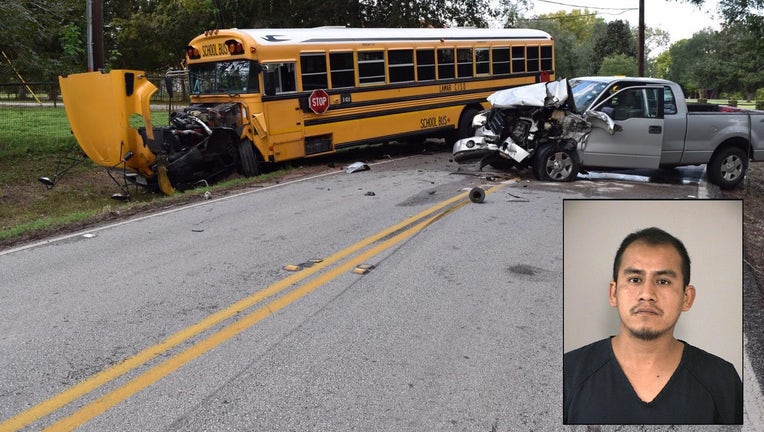 RICHMOND, Texas - The Fort Bend County Sheriff’s Office has arrested a driver who allegedly fled from a head-on crash with a school bus, leaving his damaged pick-up truck behind.

The crash occurred on October 14 on McCrary Road near Richmond.

Deputies say Benjamin Ayala, 33, was driving a gray pick-up truck and slammed into a school bus. According to the sheriff’s office, he then fled the scene and left his truck behind.

The driver of the school bus was not injured.

Ayala was arrested on November 26 and charged with Crash involving damage to a vehicle greater than $200. His bond was set at $500.

“I want to thank the Traffic Unit for their hard work and diligence,” said Sheriff Troy Nehls. “We are now able to hold an individual responsible.”