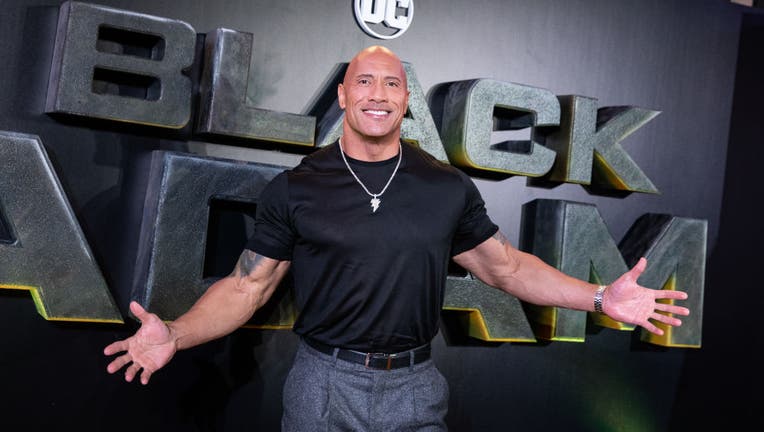 With the popularity of the Marvel Cinematic Universe, DC Comics is hoping to catch lightning in a bottle and grow its own cinematic universe with the one and only Dwayne Johnson.

Johnson plays the superhero Black Adam in the film of the same name which will open in theaters on Oct. 21. The movie is set 5,000 years after Black Adam was granted the powers of Egyptian gods and imprisoned. He is freed to a completely new world and chooses to serve his own justice. However, The Justice Society of America has a thing or two against Adam’s brutal ways of doing so.

Dave Morales sat down with Johnson to talk about the film and fulfilling his childhood dream of being a superhero.

SHOCKING STORY: 40-year-old mother of twins found handcuffed, malnourished in Cypress has criminal past of injury to child

Dave Morales: Where does this rank as far as the excitement and adrenaline levels of everything you’ve done?

"Number one and I mean that with all sincerity and I mean that also with all respect for the movies that I’ve done in the past and the casts and crews that I’ve worked with. But number one not only in terms of excitement and enthusiasm but also this was the one for me like this was it and I feel like all the movies and things that I’ve done in the past including wrestling has all led me to Black Adam, the superhero genre, my first one," said Johnson.

DC Comics is rolling out their new superhero movie Black Adam into theaters on Oct. 21. Dave Morales sits down to chat with Aldis Hodge and Pierce Brosnan who will star in the film alongside Dwayne Johnson.

"Lucky to get it because actors are lucky if they get a chance to play a superhero but not only that but in this movie, no other actors have played Black Adam. So I had no reference in my mind and also an opportunity to take something I love which is a DC Universe and help build it out and introduce five new superheroes in one movie."

He goes on to say, "This is 10 years plus I’ve been fighting and pushing for this thing to get made and we’re here. The first I saw a Black Adam, my first Black Adam comic and I love Super Friends Saturday morning, I love Superman, he’s my guy. But the moment I saw a picture of Black Adam, I was like whoa brown skin, I was like who is that, and I want to be that"

Dave Morales: How do you think Adam would be if he was your next-door neighbor?

Backstage with Mo Amer and Sarah Shahi on 'Black Adam'

DC Comics is hoping to grow its own cinematic universe with its new superhero film Black Adam which opens on Oct. 21. Dave Morales talks with stars of the film Mo Amer and Sarah Shahi on how they felt finding out they got the part and what it was like filming.

Dave Morales: You seem to be really happy with the role, am I right when I say that?

"I don’t want to think if only things were a little bit different I would really love this project, no I want projects that I love from the beginning to the end. Black Adam is that and fingers crossed the next thing I do that we talk about is going to be that too as well but also years ago I had seven bucks to my name and now today I got a little bit more than seven bucks so it’s easy to find a smile on my face," he adds.