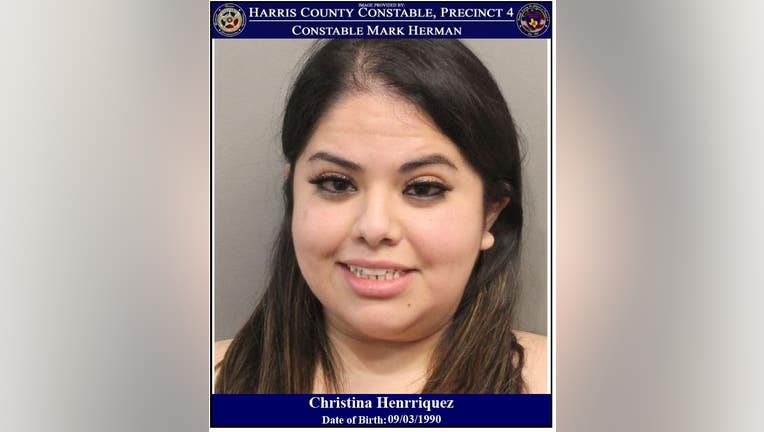 HOUSTON - A drunk driver is behind bars after authorities say she was seen falling asleep behind the wheel in northwest Harris County overnight Wednesday.

According to court records, Christina Henrriquez, 31, was driving about one mile per hour in a moving lane in the 2700 block of N Sam Houston Parkway W. That's where authorities found Henrriquez asleep behind the wheel.

When a deputy with Harris County Constable, Pct. 4 tried pulling her over, Henrriquez reportedly woke up, "drove over stop sticks, fleeing the scene."

A brief chase ensued, arrest paperwork states, lasting about six miles where officers pulled the 31-year-old in the 8300 block of Mills Rd. Court documents say Henrriquez showed several signs of intoxication and after a sobriety test, found she had in fact been under the influence.

Henrriquez is currently charged with Evading in a Motor Vehicle and Driving While Intoxicated.