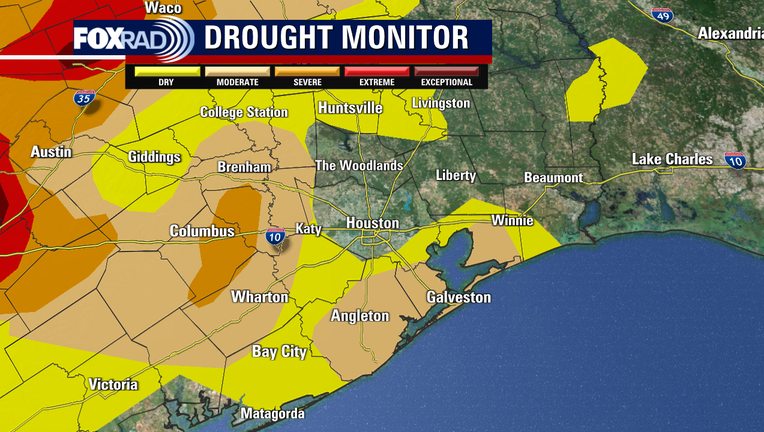 HOUSTON - Drought improvement celebrations continue across the Lone Star State, with much of our viewing area exiting the drought altogether. The majority of Southeast Texas is now just abnormally dry or in moderate drought which is the first drought category. 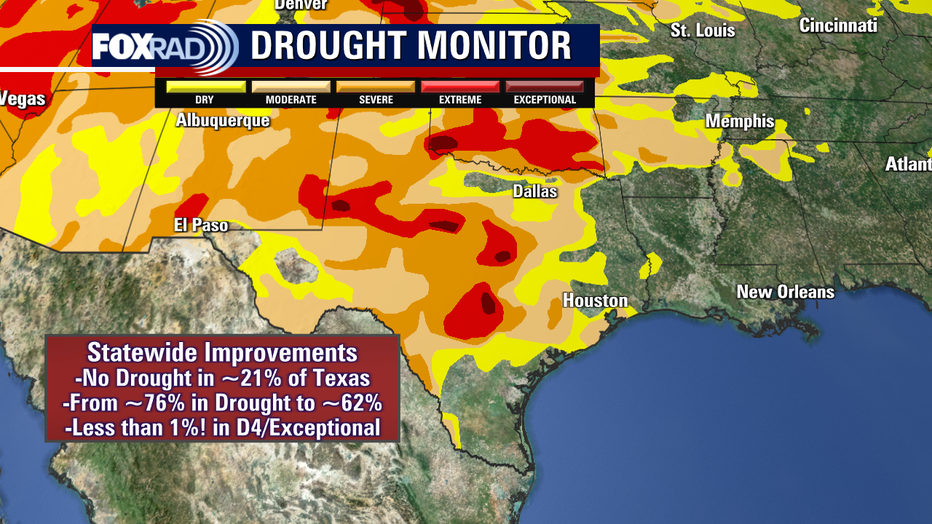 Statewide, we have dropped into the 60% range for the first time since December of last year. Just under 21% of Texas is now currently drought-free, up from roughly 10% last week. And most notably, less than 1% of the state is in the highest drought category down from ~5% last week. 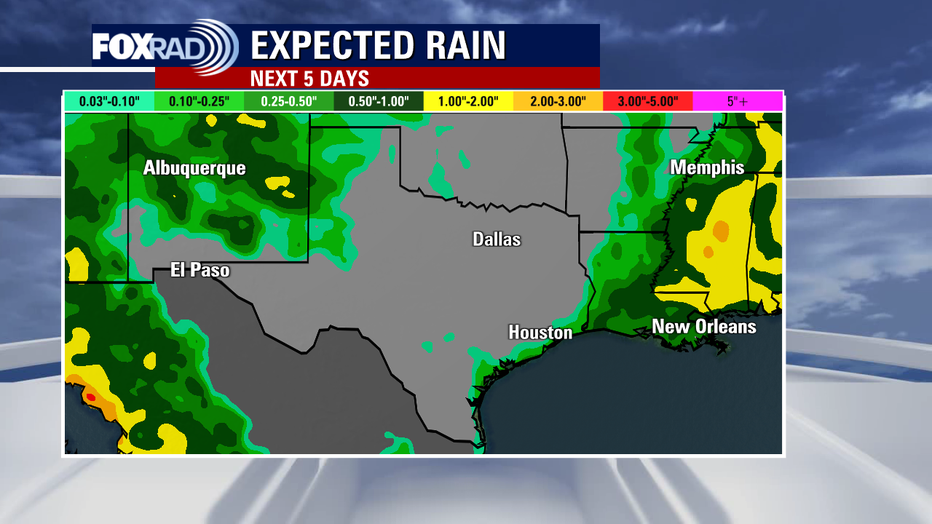 This is a cautionary tale, though because there is not much rain on the horizon at least over the course of the next week.

So, improvements will likely plateau in the short-term and may even worsen slightly again by next week in some areas. We'll be trending very close to normal for this time of year from a temperature perspective locally, but daily rain chances will slow to a trickle. 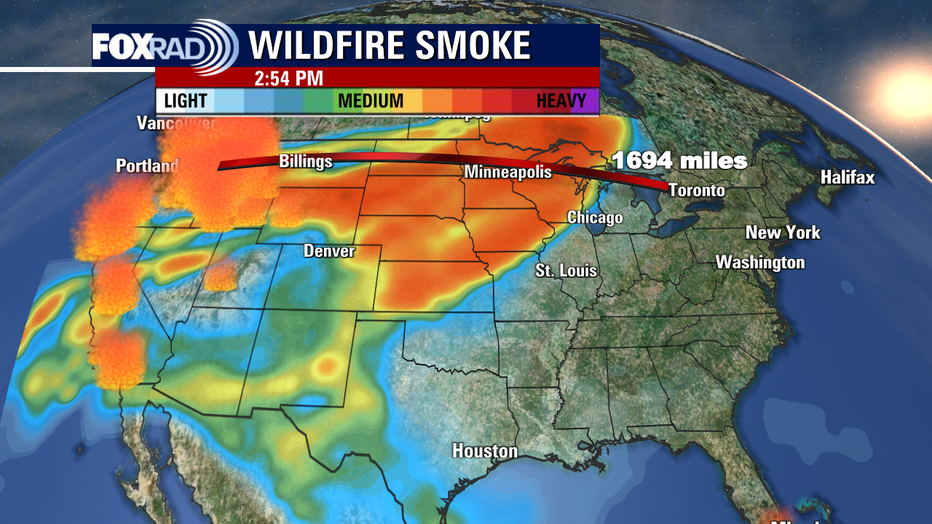 While the local forecast is quiet, national weather headlines are anything but. From extreme record heat out west, which has worsened wildfire danger to smoke from those wildfires being carried over 1,000 miles away to parts of Canada. Hazy skies are present across much of the U.S. because of this, with light-moderate smoke also present in parts of Texas. 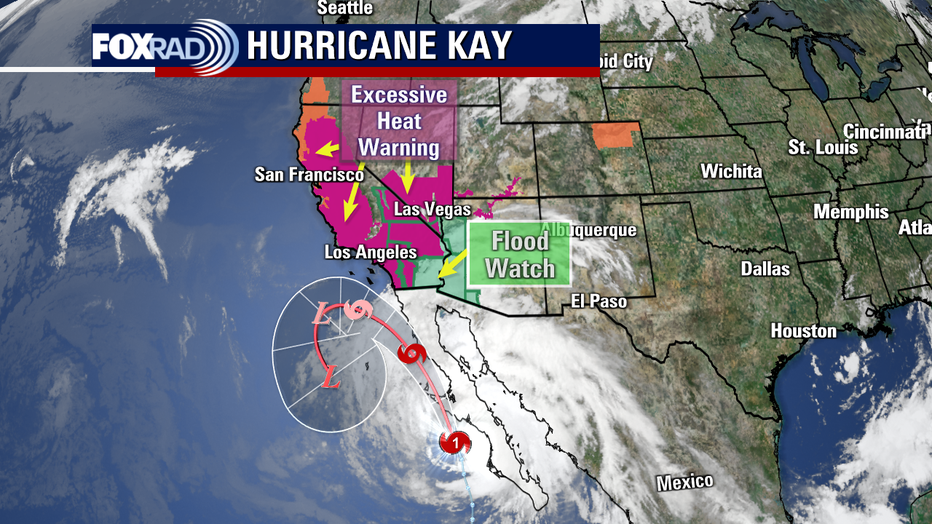 Thankfully, a pattern shift is on the horizon for our friends out west too, as the heat dome breaks apart and tropical moisture from now Hurricane Kay will reach portions of SoCal.

While Kay will weaken and turn away from the land upon approach it is still expected to bring some impacts into the weekend including heavy rain, which may lead to flooding and gusty winds along the immediate southern California coastline. This, after bringing Tropical Storm impacts and even Hurricane Force winds to portion of the Baja Peninsula. 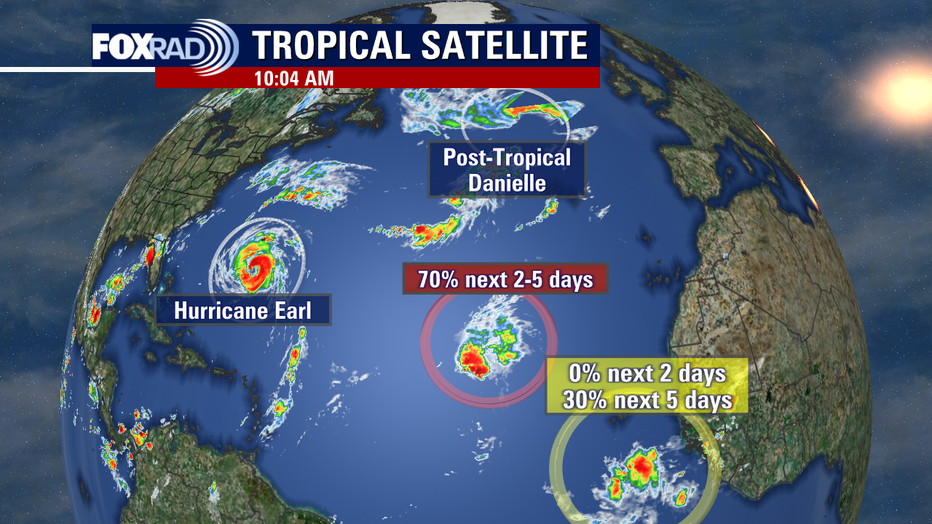 Meanwhile, the tropical Atlantic is much more active as the peak of Hurricane Season rapidly nears. Thankfully, everything is exactly where we like to see it at the moment... out to sea. Danielle has weakened and though post-tropical, may bring some moisture to parts of Europe as it continues to decay.

Earl continues to strengthen, set to bring tropical storm impacts to Bermuda as it passes east and will likely become our first major Hurricane of the season. It's tracking in the same direction as Danielle where it will likely weaken. The good news is that these storms are using up some available potential energy out there, which we also like to see. 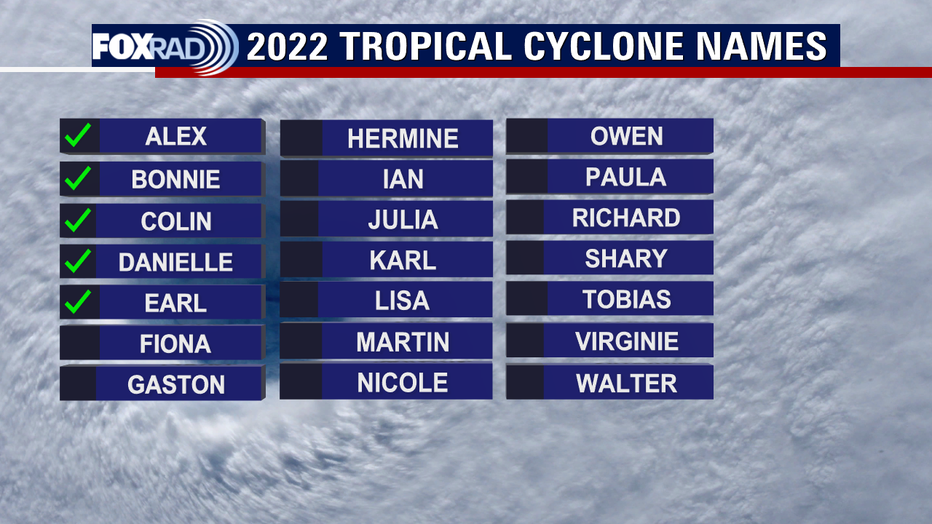 An area of low pressure with disorganized convection has a high likelihood (70% odds) of becoming Fiona in the coming days, and a new wave exiting the African coastline may gradually develop over time. With a more southern track, this bears a bit more close watching for eventual development potential in the Caribbean/Gulf but is way out there and of zero concern at this time.