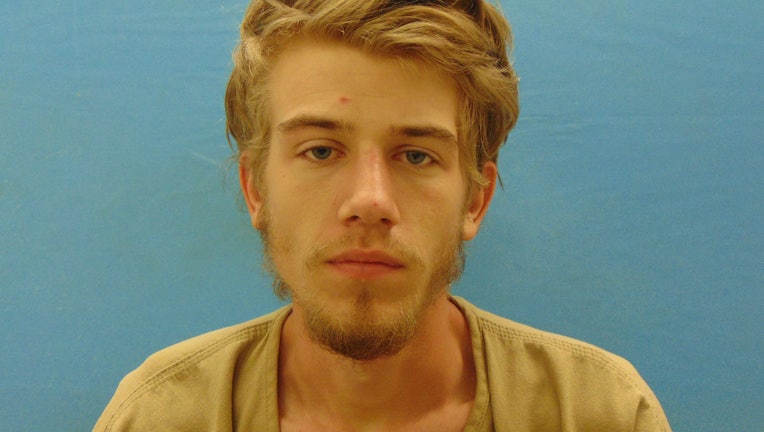 GALVESTON, Texas - The driver accused of hitting a prominent Galveston doctor with his car and fleeing the scene is now in the Galveston County Jail, records show.

Logan Llewellyn, 21, was taken into custody in Seguin over the weekend and has been brought back to Galveston County. His bond is set at $200,000.

Llewellyn, of Conroe, is charged with accident involving death. He is charged in the death of Dr. Nancy Hughes, 67, in Galveston early Friday morning.

According to the Galveston Police Department, two passerbys were heading to the end of the Seawall around 6:40 a.m. when they found a bicycle and rider who had been involved in a crash. The passerbys called for help, but the victim, Dr. Hughes, died from her injuries.

Police determined that Dr. Hughes was hit by a car near Cherry Hill and East Beach Drive, and the driver continued on.

MORE: Family of Galveston doctor, hit and killed while cycling call for justice

During the investigation, police determined that a vehicle possibly involved in the crash was in Seguin, northeast of San Antonio.

Investigators went to Seguin and executed a search warrant around 2 a.m. Sunday. They seized a vehicle and transported it back to the Galveston Police Department.

Days after a prominent Galveston doctor was killed in a hit-and-run crash, authorities found the car and arrested the driver in Seguin, Texas.

Using this and other evidence, GPD says, an arrest warrant was executed for Llewellyn around 4:40 a.m. Sunday by Seguin police officers.

He was booked into the Guadalupe County Jail until he was transported back to Galveston County.

The Galveston Police Department says the investigation is still ongoing. Anyone with information about bicycle or vehicle traffic in the area of Cherry Hill and East Beach Drive between 6:15 a.m. and 6:40 a.m. on March 18 is asked to contact Galveston County Crime Stoppers at the Anonymous Tip Line 409-763-TIPS, Galveston.crimestoppersweb.com or download the Crime Stoppers P3 Tips app.