A mother and her 19-year-old son working three jobs between them, are still struggling to get by. This Monday, the 58-year-old mom suffered a stroke on the job.

FOX 2 - A southeast Michigan mother and her 19-year-old son have been working three jobs between them, but were still struggling to get by. Then, this Monday, another obstacle came their way when the 58-year-old mom suffered a stroke on the job.

As Vernia Chambers recovers, her doctor is going above and beyond to get her and her son the help they will need going forward.

"To me, the most important thing is for her being able to get back on her feet," said Matthew McKinney, her son.

On Monday, April 4th, McKinney got a text from his boss that will change his life. His mom was working the assembly line at Revere Plastics in Fraser when it happened.

"The two words that stuck out to me were mom and stroke," he said.

"She had a brain hemorrhage, a stroke that left her unable to move the left side of her body," said Dr. Greg Norris, neurointensivist for McLaren Health.

Norris knew this would be a lot for anyone to handle - let alone a 19-year-old.

"It was just him and his mom, and that is what really struck me is that this young man needs some help," Norris said. "I have a 19-year-old son myself."

McKinney and his mom have been living at a hotel in Roseville for the past few months.

"It just was a tough situation and then when she had a stroke," Norris said."It became an impossible situation."

Working three jobs between them and stuck with making agonizing decisions when it came to expenses.

"She did not have the resources to get her high blood pressure medication," Norris said. "I think that would've made a difference to where she might not have had the stroke in the first place."

Dr. Norris said he couldn't shake the feeling that he could do for them - help beyond getting them out of the hospital.

So he posted the story on the fundraising site GoFundMe.

The hope is that McKinney's mom gets out of the hospital and the focus can be on recovery not survival.

"From there they want to start the long process of getting her back on her feet," Matthew said.

If you want to help this family get back on their feet go HERE to donate. 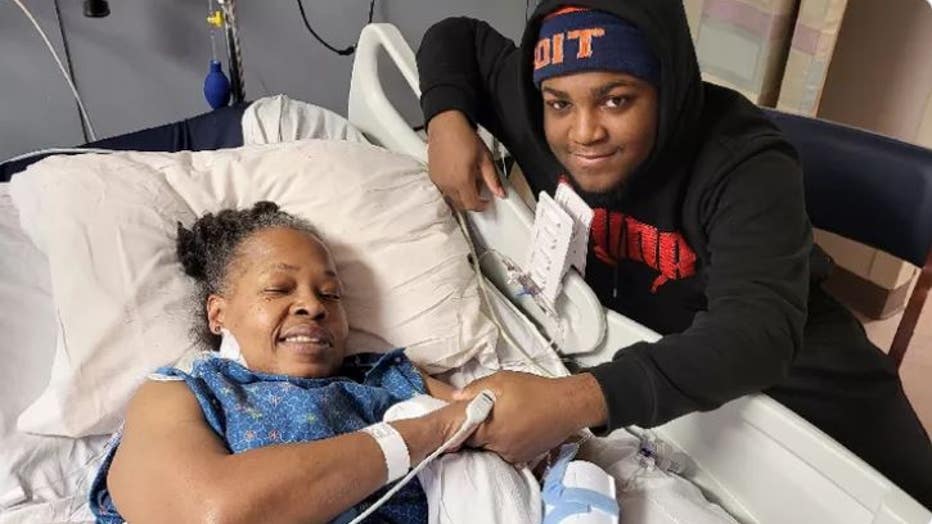