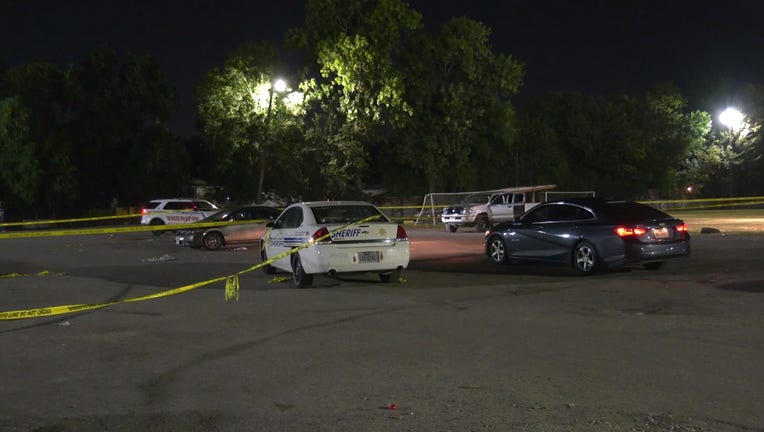 HARRIS COUNTY, Texas - A fight inside a north Houston sports bar led to a shooting in the parking lot, investigators say.

Harris County Sheriff's Office deputies responded to reports of a shooting at 9501 Airline Drive on Sunday around 10 p.m. Reports say two men got into a fight inside Mi Jalisco Sports Bar and continued it outside.

A DJ working inside the bar reportedly came out and fired 3 shots at one of the men before running away. The second man involved in the fight left the scene as well, according to reports.

Officials say the man shot was hit in the chest and left shoulder before hiding behind a car until paramedics arrived. He was taken to a hospital and is in stable condition.

The investigation is currently ongoing.